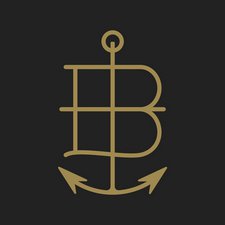 
While it's been over a year since Anberlin concluded their illustrious run, Stephen Christian hasn't gone anywhere. His new day job may be directing worship music at a church in Albuquerque, New Mexico, but that's not to say that his days with Tooth & Nail Records are over. Times like these are when passion projects come back to life, and hence, we have Anchor & Braille's third album, Songs for the Late Night Drive Home, which also serves as Tooth & Nail's first release in 2016.

Though Anchor & Braille has been a side project from the beginning, it's nearly as old as Anberlin itself. Every once in awhile, Stephen would pen a song that just wasn't right for the Anberlin treatment, and so it became a A&B staple instead (though sometimes it worked vice-versa; "Cadence" was originally an A&B song before Anberlin recorded it for the band's debut). In a post-Anberlin world, however, A&B has to become its own entity, and indeed it does here.

For some time, fans were led to believe that A&B would abandon the full-length album format and embrace the method of releasing singles in short bursts. Under this approach, A&B released "Detroit Stab" and "Fatal Flaw" to the public in October 2014 with the promise of more individual tracks to follow. But fast forward over sixteen months later, and these singles ended up as far-in-advance teasers for A&B's third full-length effort, Songs for the Late Night Drive Home.

At first glance, Songs isn't an attention-seeking release. The overall presentation feels less polished. It's a fairly short album, with only one track eclipsing the four-minute mark. And the art direction on the cover feels minimal and isn't terribly interesting. But aside from all of those factors, the very essence of the album, at least on initial review, feels unlike any other A&B project. But what connects this album to others in the A&B discography is the unavoidable sense of ambiance, romance, and reflection.

While A&B's debut, Felt, had production clearly influenced by Copeland's Aaron Marsh and the follow-up, The Quiet Life, being the result of collaborations with Nashville native Micah Tawlks, Songs brings the relatively-unknown Nashville producer Brian Bernard to the helm, and with him comes an unmistakable electronic vibe that permeates the entire record, with some clear alternative influence and even some R&B elements. While an imperfect analogy, if Felt and The Quiet Life were Stephen's homages to Death Cab for Cutie's transparent heart-on-sleeve alt-rock, Songs... is the corresponding electronic vibes of The Postal Service. The album is so saturated with electronic soundscape that when a traditional instrument rears its head on occasion (like electric guitars on the blistering opener "Watch You Burn" or the horn section on "Keep Dancin'"), it's almost jarring.

Make no mistake, however; this isn't merely the result of computerized beats with Stephen Christian's vocal tracks pasted on top. What we get instead are a dynamic range of ballads ("Nightfall," "Chances," "Still Looking") and forward-driving upbeat tracks ("Lower East Side," "Summer," "Live Fast. Die Young.") with Stephen's haunting, sensitive, and soul-baring songwriting. These are all marks of an A&B approach. While the romantic "Summer" implements seasons to welcome back a long-lost lover ("Oh how I missed you so/winter was cold, but your memory kept me warm/only you can melt the snow in this cold heart/seasons change, but you know I loved you from the start"), "Fatal Flaw" is a gut-punch to arrogance and a lack of self-awareness ("It's so easy for one to find the fatal flaws in everyone else/we never stare very long into mirrors/we're under our own spells"). To be sure, some pennings are more poetic than others, but Stephen's falsetto-heavy vocals have always accentuated his straightforward songwriting approach.

Stephen Christian, wherever he goes, leaves a transcendent mark behind, and Songs for the Late Night Drive Home is no exception, complete with an accurate title (indeed, after testing, the album does make a great late-night drive soundtrack). While Stephen's solo worship album solidifies a release date (slated for late 2016 or early 2017, as of this review's writing), Anchor & Braille is proven to be an ongoing project that will continue to diversify in influences and iterations. Interestingly, we already know there will be an album number four, and Aaron Marsh has verbally committed to producing it. But until then, Anchor & Braille puts forth a serene and engaging journey with Songs for the Late Night Drive Home, and it's an eclectic early favorite for the year. class="coversize" align=right> Early Thoughts...
While it's been over a year since Anberlin concluded their illustrious run, Stephen Christian has stayed active in music as, among other projects, a church worship leader in Albuquerque, NM. However, that's not to say that his days with Tooth & Nail Records are over. Stephen's side project Anchor & Braille is still very much active, and another record has arisen with Songs for the Late Night Drive Home, which also serves as Tooth & Nail's first release in 2016. A&B's third full-length album is aptly and practically titled, as it's simultaneously a mellow and energetic journey that keeps things under a proverbial evening darkness. As "Detroit Stab" and "Fatal Flaw" previously indicated, A&B opts for a electronic-heavy approach this time around; The Quiet Life's "Goes Without Saying" was a good introduction to this future sound, though the scarcity of traditional instruments does make this effort's first couple of listens a bit jarring. From the fast-paced "Live Fast. Die Young." and "Summer," to the synth-heavy opener "Watch It Burn" and the bass-dependent "Lower East Side," it's a consistent, but also varied, collection. For the dubious, Stephen's signature falsetto makes plenty of appearances, and the songwriting approach still falls squarely into A&B's wheelhouse. Time will tell how this album stacks up in Stephen Christian's discography overall, but this should serve as a landmark release this winter... --->

Stephen Christian's first post-Anberlin musical project and third Anchor & Braille installment, Songs For The Late Night Drive Home, almost completely removes the acoustic guitar and piano that permeated Felt and The Quiet Life and replaces them with a spectacle of synths and driving electronic bass. Despite the change in instruments, the album remains similar in scope to its predecessors--these are still simplistic indie pop songs, just with an 80's pop backdrop. Songs... is a contradiction on many levels. It is both simple and complex. It is fun and moody. It is upbeat and chill. The way this album exists within the tension of these seemingly opposing characteristics is one its most intriguing qualities. "Fatal Flaw" and "Keep Dancin" are two successful demonstrations of capturing this tension, both of which have strong songwriting to match--"Fatal Flaw" taking a hard look at our tendency to judge others and "Keep Dancin" highlighting the joy of commitment in marriage. The best track, however, is the opener "Watch It Burn," with its irresistibly catchy chorus and playful electronic soundscape. Not all 10 songs are a complete success though; "Summer" and "Still Looking" aren't particularly engaging and it's sometimes difficult to make out the vocals because of how rounded and creamy his voice is mixed (especially on "Detroit Stab"). These are minor criticisms, however, because every song here is enjoyable. Songs For The Late Night Drive Home is more than just a great name for a playlist, it is an alluring, thoughtful and cohesive musical experience. - Review date: 2/1/16, Christopher Smith

Upon my first listen to Songs For The Late Night Drive Home, I wasn't really enthralled. But after that first listen, I gave it another shot...and then another...and then I just kept listening to it. A different approach to music this time, Stephen Christian's latest solo venture finds the artist surrounding his signature vocals with an electronic array of soothing soundscapes that really make you want to take a late night drive for no other reason than to listen to this while you do it. Additionally, the album stands on its own, instead of being praised merely because it's Stephen from Anberlin; even if I had never heard of the man or the band, this would still be just as good an album. Personal favorites include the delightful "Nightfall" and the infectious and rather romantic "Keep Dancin'" (gotta love the horn section). Hopefully this album serves as a prelude to Christian's upcoming worship album later this year. The return of Anchor & Braille this year is a very welcomed one. - 1/30/16, Scott Fryberger of Jesusfreakhideout.com

I've always held the mindset that certain music creates an atmosphere fit only for an exclusive time. Anchor and Braille's third record, Songs for the Late Night Drive Home, is, as the title suggests, perfect for the silence of the night. Elements of Stephen's work with Anberlin appear here and there, such as the traces of 80s pop that was found on Lowborn, but Songs... is ultimately a standalone record. If you're looking for tracks that define the album as a whole, the gorgeous "Lower East Side," along with the more laid back "Detroit Stab" and "Nightfall," are essential listens. Anchor and Braille's newest may not be for everyone, but for those who wish to follow Stephen's career after the departure of Anberlin will find treasures they'll be playing for a long time to come. - 2/7/16, Lucas Munachen of Jesusfreakhideout.com

Few albums have ever had a more specific title than Anchor & Braille's Songs for the Late Night Drive Home. But probably even fewer albums have ever had a vibe that so perfectly matches their title. These aren't lullabies, to be sure (that would be a real issue on late night drives home), but the smooth computerized songs are so dreamy and atmospheric (not to mention reverb-y, to coin a word) that one can almost imagine these beats being played in stress therapy sessions after long hard days of work. The fact that these songs are almost exclusively about romance and nostalgia only enhance this factor. The only real problem is that the album borders on the saccharine, almost being too sweet for its own good. But only almost. - 2/8/16, Mark Rice of Jesusfreakhideout.com