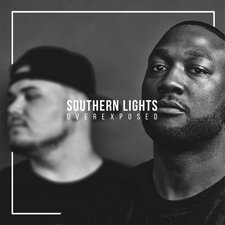 
Collision Records has been impacting CHH a lot lately with solo artists Alex Faith, Dre Murray, Swoope and Christion Gray dropping solid tunes while collaborating together (W.L.A.K.). This most recent project, Southern Lights: Overexposed is forcing CHH to take notice. Southern Lights not only has great tracks, but a superb accompanying visual album that plays better than many movies.

The title track kicks things off and sets the tone for the entire album: Alex killing it with superb spitting skills, "the answer is Christ on the tree, cliché maybe, I just hope we see, amen" with Dre following suit, "Lord come quickly, freedom is what we need." Both spit hard for the Lord while speaking on difficult circumstances in life and giving the hope of Jesus that never leaves us. Up next is "All Around the World," which is certain to bump in your trunk, and "Wake Up Music," which is absolutely moving. The latter bluntly speaks to the racial tension between black people and white cops in our country, and Alex, Dre, and Swoope simply kill it here lyrically. It doesn't get more real than this powerful message. There are two interlude tracks included--"I-285" and "I-610"--which are both so much more than interludes. In the former, Alex speaks to his roots in Atlanta and the origins of the dirty south hip hop that helped form his love for hip hop, while the latter has Dre reminiscing about Houston and God's saving grace. Both tracks carry a nostalgic feel and come out nicely.

The later parts of the album are mostly solid with just a few missteps, but nothing glaringly bad or skip-worthy. The final track, "Takin' Time," concludes this listen while focusing on the realization of how good and amazing God really is. It's the perfect ending for an album that sheds light to many negative issues in our culture today. As previously mentioned, there's an entire visual album that you can watch that's basically a mini movie and I fully recommend checking out. All in all, this is a great album and while I have enjoyed Alex and Dre's solo work, Southern Lights: Overexposed was much better than I expected. I'll be bumping this joint all summer long.