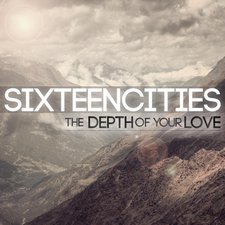 Sixteen Cities
The Depth of Your Love


Hot on the heels of a pair each of full-length releases and EPs, Sixteen Cities' fifth offering, for the most part, swims in the same now-familiar waters as Chris Tomlin, Hillsong United and other artists of their ilk. While this may well be a selling point for fans of those performers, music lovers who prefer to walk a slightly less-worn path will find the record largely lacking when it comes to that for which they hanker.

The band does make an effort once or twice to break out of the now ubiquitous made-for-the-charts mold, as evidenced by the scintillating modern pop of "Let Everything We Do," the infectious and buoyant rhythm and melody of "This Is Amazing Grace," and, perhaps most notably, the almost-realized hard rock aspirations of "He Is The Lord." And, to its credit, if one were looking for a single album to hand to a newcomer to begin their contemporary praise music education, this one would probably be as good as any.

When all is said and done, though, the Sixteen Cities latest effort, The Depth of Your Love, consistent and innocuous though it may be, remains simply one more pleasant and proficient, yet mostly undistinguished, pop/worship effort - no better and no worse than most of that which the average listener hears on their favorite inspirational pop station.