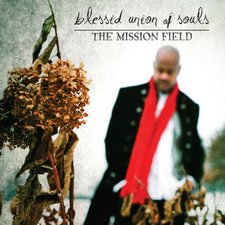 It's been close to ten years since I've heard from Blessid Union of Souls; although they apparently released some music during that time span, they've mostly flown under the radar until now. After three largely successful albums during the 1990s, I was excited that the band was creating some buzz with The Mission Field, delivered courtesy of MRI and distributed to the Christian market via Provident-Integrity. So, can we really expect a commercially successful band who's been mostly invisible over the past decade to produce a stellar album with an updated sound?

The album opens with "Miracles" and displays the three things that will definitively fill this album: strong piano keys, God-focused songs, and ear-grabbing pop choruses. The song sings about the many little miracles in life that we commonly take for granted like the sun, children's laughter, and of course, love. That song and the rest of album have a much stronger faith-based message than any other previous Blessid Union release. "The Only Song" describes God as being the only song worth singing about and "Healing" showcases a lifestyle of growing, changing, and praying for the things that matter in life. Add "Pray For You" and "Sweet Providence" and you have a collection of decent recordings that all carry the expected sound of a Blessid Union album.

The Mission Field does include some highlights, such as "Hold On," "Higher Calling," and "I Still Believe In Love," which are all moderately good songs. However, the best listen on the entire album would have to be "Come Undone," a tribute to what Blessid Union had become known for: a great love ballad. The acoustic guitar along with the wonderful heartbreaking lyrics make this song a stand-out track. The album also has a few downsides to it, though. The title track comes across as short and repetitive, while "Back From The Dead" has a nice theme, but comes out flat. All in all, the album is a step above decent, but I wouldn't necessarily call it good. If you enjoyed the band from the 1990's or light rock in general, then you will probably enjoy The Mission Field.