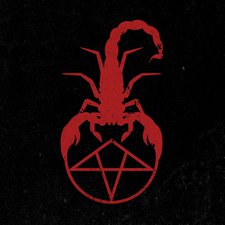 Oh, Sleeper has always had a complicated relationship with the Christian music scene, partly because the band members aren't exclusively Christian and partly because some of their lyrical themes (especially those on Children of Fire) were considered by some Christian stores to be too violent for them to carry their albums. With that being the case, I was not surprised that the band would further distance themselves from the market by not continuing their relationship with Solid State Records. Now as an independent band, Oh, Sleeper seems to be falling into the role pioneered by Thrice: a "secular" band in the mainstream market fronted by an outspokenly Christian vocalist and songwriter. Perhaps this is even appropriate, as there actually were some clear Thrice influences on Children of Fire.

With all that being said, the fan-funded The Titan EP represents the new Oh, Sleeper and yet simultaneously seems very familiar. If you've spun Children of Fire more times than you can count, you might have some deja vu as you listen to Titan. You'll hear plenty of the well-worn tradition of Micah Kinard trading his harsh vocals with clean choruses from guitarist Shane Blay. Meanwhile, Blay continues to drop a heavy layer of hectic, high speed riffs in the high end of his guitar. There's even a more mellow, all-clean track very reminiscent of "Means to Believe" from Children of Fire.

Even so, there's still some growth present. Blay is a little more adventurous on the guitar, and he even attempts an honest-to-goodness solo in "Death From Above," and he does quite well. There's also some definite, albeit subtle, improvement in the songwriting, especially in the clean parts. I found the melodies in "Death From Above" and "Heavy Hands" to be some of the band's most compelling yet. Meanwhile, the lyrics are simply phenomenal, as always. Kinard seems to always have something to say, and when he starts screaming you really want to listen. I was particularly impressed with the lyrics of "Naofumi Mitsuhashi," which shine a light on some of the hypocrisy inherent in the overly-commercialized modern metal scene.

The Titan is definitely a mixed bag. On first listen, it seems too familiar and it lacks the narrative focus that the band's full-length albums have had. This is certainly partly due to this not being a concept album, unlike both Son of the Morning and Children of Fire. Nevertheless, I found myself being won over by the consistently excellent songwriting and Kinard's heartfelt lyrics. In all honesty, this only seems somewhat disappointing when compared to the rest of Oh, Sleeper's discography. Compared to the industry as a whole, these guys are still right on top of the heap.

The news that Oh, Sleeper had left their label, Solid State, left me with a mixed bag of feelings. Many bands have recently showed us that releasing music independently is nothing but liberating. However, with Children of Fire, their most recent release, being the success that it was, it was anyone's guess what severance from a label would mean for them. The moment of truth came with The Titan EP, five brand new tracks funded by a more than successful Kickstarter campaign. The same level of musicianship is immediately present, the same teamwork between each member is obvious, but the issue culminates in that word: same. For four out of five of the tracks, we hear a similar song pattern to what we heard in their last two albums: Shane Blay works his unnerving melodic patterns over pinpoint drum/rhythm guitar beats, and is then followed by Micah Kinard's rising, screaming pitch that inevitably leads into anthemic liberation-themed choruses. We even get a new ballad a la Shane Blay as we always do, in "Heavy Hands." Other than a first time guitar solo on "Death From Above" and guest vocals from ex-Periphery vocalist Casey Sabol on "The Pitch," there is nothing new to report. The Titan EP follows the Oh, Sleeper formula to the letter, but aside from perhaps the end of "The Rise" (a riveting ending despite everything else), the indescribable fire that they would usually deploy (and cause to volcanically erupt from the listeners as well) just isn't there. Following Children of Fire, this EP feels like an afterthought. - Wayne Reimer, 7/24/13