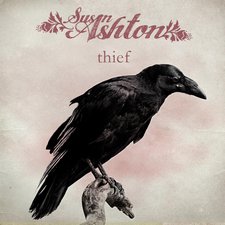 By just about any standard you care to measure such things by, the '90s were very good for Susan Ashton. Her inaugural outing, 1991's Wakened by the Wind, earned the then-fresh-faced Dallas-born singer a Dove nomination for New Artist of the Year and would go on to become the highest-selling debut in the history of the longstanding Sparrow label. The follow-on effort, 1992's Angels of Mercy, generated four chart-toppers and netted a Grammy nod for Best Pop Gospel album in the process. Before the decade was over, Ashton had married fellow musician J. D. Cunningham, toured with Garth Brooks, inked a mainstream deal with Capitol Records and collaborated with everyone from Amy Grant and Michael W. Smith to Sheryl Crow to Allison Krauss.

And, then, the bottom fell out. Ashton's 1999 country release, Closer, did decidedly meager business and for all practical purposes brought her career to a standstill. She and Cunningham were divorced the next year. A second project was recorded for Capitol but never saw the light of day, and Ashton was dropped from the label in early 2004. Since that time, she's been effectively estranged from the music world at large; her only full-length offering coming in the form of 2005's Lost in Wonder, a worship-themed work with Christine Dente and Michelle Tumes.

Any lingering thoughts that the long sabbatical might have dimmed Ashton's proverbial star are laid firmly to rest with the opening strains of Thief's mesmerizing, almost haunting, leadoff cut, "Moonshine." Indeed, listening to the sparse, drop-tuned guitar, banjo and violin that usher in Ashton's wistful, high-lonesome vocals, one can almost picture a weathered cowboy returning to his old west home town to find it abandoned and lying in ruins. The equally riveting title track, with its stark, brooding character and sublime acoustic guitar work works as a perfect companion piece, issuing a convincing severance notice to either a former romantic interest, or perhaps even Satan himself. And the lyrics of the poignant piano-based ballad, "The Wrong Well," ("You're dying of thirst, but you can't tell/ And every sip you take leads a little closer to hell") are as truthful and gripping as any Ashton has ever committed to ink and paper.

Surprisingly enough, with five albums and a greatest hits collection under her belt, Ashton has never included a cover song on any of her own records. She remedies that exclusion here by balancing the spare, subdued textures of "Thief" and "Well" with a rollicking, bluegrass-leaning cover of Gary Wright's 1976 Top 5 smash hit, "Love Is Alive," a somewhat left-field choice that, in the end analysis, comes across splendidly. In fact, in hindsight, it seems an almost inevitable choice given its applicability as a declaration of Ashton's newfound peace and creative passion. "Become Myself" ("God hovers over chaos/ And he hovers over me/ He makes all things beautiful/ And it's beautiful to see") tenders an equally bracing fusion of classic rock and country - think Tom Petty and the Heartbreakers covering Mary Chapin Carpenter's "I Feel Lucky" - that, among other things, hints that Ashton's long, dark night of the soul may finally be nearing its conclusion.

Being equitable, the latter two cuts aren't quite as out and out gripping as more subdued fare like "Thief" and "Well." That being said, the energizing tracks succeed superbly when taken on their own merit. Likewise, the spit and vinegar which so convincingly propels them along works as the perfect counterbalance to the heart-rending melancholy of their ballad-based counterparts. To be sure, just about the only across the board complaint that could be levied against Thief is its length. At only a half-dozen songs, it seems almost a given that the last note of the almost effortless-sounding mid-tempo country-pop piece, "Not Small," will leave all but the most casual of hearers thirsting for more.

Of course, after such an extended hiatus, any new material from Ashton is cause for celebration. The fact that her new project is as excellent as it is simply amounts to the icing on the cake. Ashton has often alluded to the fact that the producers of the shelved last record tended to stifle her abiding love of country music in favor of a more pop-flavored approach - a method she found particularly frustrating. Here, nearly ten years after those sessions, one gets the impression that she has, at long last, outstripped even Closer and made the country album she always wanted to; an album whose strongest entries are easily on par with anything she's written since the landmark debut. And, thanks to Ashton's highly literate, gut-level honest lyrics and impeccable melodic sensibility, listeners arguably don't have to be country music fans to connect with the new release, which, when all is said and done, winds up being nothing less than a true rebirth for one of Christian music's most beloved and dearly-missed performers. Welcome home, Susan.