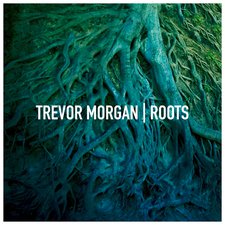 
At one point, not too long ago, Minnesota native Jason Gray was heralded as the best-kept secret in Christian Music. Of course, as is most often the case in matters such as these, once that sort of label is applied, it rarely lasts very long. Sure enough, nearly as soon as Gray inherited the title, he released Everything Sad Is Coming Untrue, an album whose second single, "More Like Falling In Love," virtually guaranteed that just about anyone who turned on their radio even once during the first half of 2010 would know who he was. An even more successful follow-on record, and an additional pair of Top 5 singles, relegated Gray's greatest-artist-you-never-heard status to the realm of distant memory, leaving those who pride themselves on their knowledge of all things non-mainstream scurrying to latch onto the next big undiscovered act.

Aficionados who make their home in that particular camp might want to turn their collective attention in the direction of Trevor Morgan. With a scant two albums to his credit between the years 2004 and 2014, the husky-voiced singer, who honed his craft leading on-campus worship and playing at fraternity parties and clubs during his stint at the University of Alabama in the early '90s, isn't exactly known to be prolific. But, what he lacks in quantity, he most certainly makes up for in terms of quality. Indeed, 2004's Wonderlight and 2011's The Blessed and the Broken stand as absolutely consummate examples of melodic, no-frills heartland rock in the vein of icons like Springsteen, Mellencamp, Petty and Seger, the last two of which Morgan sounds most like when he steps up to the microphone.

Taking a step back, for the most part, from the bracing, straight-ahead rock textures that filled out his freshman and sophomore efforts, Morgan's latest outing finds the Montgomery-raised performer trimming his compositions back to their barest and most essential elements. Rather than barreling out of the gate, full speed ahead, as most opening cuts do, the delicate, acoustic-based "All I Need" pulls the listener firmly into its grasp by way of its infectiously folky melancholy vibe. The country-tinged "Everywhere" is likewise subdued, and just as poignant. "The Bridge You Burned" is, at the same time, both delightfully simple and yet beautifully profound. And "The Road He Leads You Down," which begins with a recitation of Proverbs 3:5-6 before going on to relate that timeless Biblical truth to the hard realities of life, is a textbook example of synergy, with Morgan acting as an absolute catalyst to Third Day's Mac Powell, the latter of whom hasn't sounded this direct and convincing since his own band's Southern Tracks EP hit the shelves back in 1999.

Those who remain less than completely enthusiastic when it comes to the folk/pop idiom will be glad to know that Morgan hasn't completely turned his back on the energizing, no-frills melodic rock that has been his bread and butter up to this point. To be sure, just when you thought he was content to carve out a mellow, laid-back groove and ride it for the duration of the record, he makes an abrupt left turn and channels his inner ZZ Top (or, perhaps more correctly, John Lee Hooker) on the absolutely powerhouse, and decidedly "La Grange"-like, blues/rock-inclined "Better Than You." Morgan makes just as indelible an impression with "Watching over Me," a gritty, tuneful number that sounds, for all the world, like it was captured on analogue equipment at the stroke of midnight in a tin shack in some out-of-the-way Florida swamp on the hottest day of the year. The members of Lynyrd Skynyrd and the Marshall Tucker Band would almost surely be proud.

The latter third of the project doesn't quite have the same oomph as the first two, thanks, in part, to the slightly languid instrumental sections of songs, such as "The Hill of the Lord," and the somewhat run-of-the-mill lyrics of cuts like "You and Me." That said, any such perceived deficits constitute only a minute portion of the overall proceedings and, truth be told, even at its weakest points, Roots still stacks up favorably next to just about all of Morgan's contemporaries whose work happens to have found its way into Christian pop radio. To be sure, while the slightly offbeat sonic aesthetic and unflinchingly honest lyrics may well mean that those who hear and love Morgan's work continue to constitute the silent, but knowing, minority of the CCM-listening audience at large, it is those very same characteristics which combine to make his third album such a unique and absolutely refreshing affair - and one that no fan of poignant, well-crafted music of any genre should find themselves without.