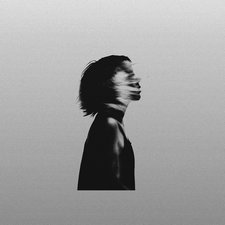 
In 2013, The Ember Days released a creative tour de force of indie worship with More Than You Think. Soothing and catchy melodies abounded with Janell Belcher's airy vocals taking center stage, and a whole new group of music fans rightly took notice of the New Zealanders. Plus, putting out a poppy, accessible album on the heels of the group's equally impressive and slightly darker 2011 album, Emergency, not to mention the you-have-to-hear-it-to-believe-it semi-instrumental Finger Painting EP, The Ember Days proved themselves to be an extremely versatile act with a desire to stretch themselves artistically. And after a nearly three-year wait between albums, the long awaited Valitus proves to be their biggest stretch yet.

The album's title comes from the Finnish language meaning "lament," and true to form, the initial listens of Valitus took this reviewer back with how depressing the album's tone is. But I am being too harsh in using the word "depressing;" Valitus isn't depressing in the sense that it drains energy and leaves listeners feeling down. It is more like that feeling one gets in early November after all the leaves have died, the color is gone, and before snow falls and one has to face the reality that you must wait four or five months before things come back to life. You know that what you desire is coming, but that doesn't change the fact that you don't have it right now. It is a complex feeling, and one that the band nails in a way that hasn't quite been nailed by any Christian groups that I can remember (and only a few secular groups that I can think of).

Valitus is without doubt an emotional album, but the band has no agenda of what emotions they mean to portray; they are just trying to be real. "Wasted Energy" alone is simultaneously portraying themes of inadequacy, fatigue, hope, resistance, and in one of the single most dense lines of the year referring to the search for God's love, self-persuasion ("No, it's not wasted energy"). "Fire" goes even more complex than that, with marriage-based lyrics like "Didn't we say 'For better or worse?' / But better's away and everything hurts  / I thought that we would be a fire that never ends." Other decidedly abnormal topics for worship music, like death ("Darling"), uncertainty ("Walking While I'm Blind") and resignation ("This World"), also get lyrical treatments, and by the time all is said and done, the listener has hopefully come to realize that they have been subjected to a very real, unapologetic look at what lyrics ought to be saying when an artist is trying to "praise God in the storms."

But the lyrics only really tell part of the story; indeed, if this album were only as strong as the lyrics (which are admittedly very strong), it could be simply chalked up as a very decent singer-songwriter album. But the lyrical themes are compounded with some of The Ember Day's most engaging instrumental work yet. As a modern indie rock band, you can bet you will hear your fair share of singing guitars, forceful drum loops, airy melodies, and eclectic mixing, but For some reason, this specific combination of instrumentation and lyrics brings Valitus into an arena seemingly few Christian musicians have explored, themselves included. "Wasted Energy" would only be half the song it actually is if it didn't have that semi-dissonant hook or that awkward time signature.

By virtue of the group's past work and the overall simplified theme of worship, Valitus will undoubtedly be put in the category of a worship album. But while I can't truly disagree with that, it is a different type of worship album than what I have ever heard before, and it is misleading to listeners to refer to it as such. It truly is worship through lament; the world is not right, nor is everything in these artist's lives, but that doesn't change their love for God any more than it changes God's love for them. For a very different interpretation of worship music, including different from what we are used to from The Ember Days, Valitus is a truly rewarding listen.

The Ember Days are truly a force to be reckoned with in the ever-growing (and sometimes ever-retreading) worship scene. Having released three full-length albums and two EP's under their former label, Come&Live, the band has now ventured out on their own to create the stunning beauty simply known as Valitus -- which is Finnish for "lament." The band shows they're no stranger to the word, choosing to embrace the lowest one can feel, and looking up and ahead to a hopefully brighter future. Lead single "Take Me," for example, finds Janell pleading with God to "Take me, back to where I was, when my dreams were made of you." The record details the band's struggle with wanting to serve God even when heartache seems to reign, and this struggle can be felt in every song. With that said, it can musically feel a little dull in places. "Fire," for example, wanders on without a real strong melody to help carry it, and likewise, "Come What May" feels a little off. But the moments that are good are really good and far outweigh what holds the album back. If you're looking for a soundtrack to carry a wounded heart, Valitus is an album not to be overlooked. - Review date: 12/21/15, written by Lucas Munachen of Jesusfreakhideout.com