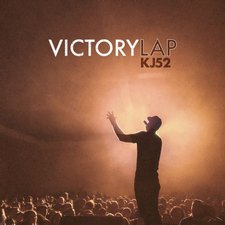 
It isnt everyday that you see an artist, especially in the CHH scene, last for 20-plus years while consistently churning out solid material for their fans. This happens to be the case for KJ-52, who has finally decided to call it quits with his final project, Victory Lap. The 10-track LP is an ode to his career as a Christian hip-hop artist, and closes out the final chapter of this era for him. While this record doesnt bring anything new to the table, its still well worth a listen, especially for fans of his work.

The album basically tells the story of KJs life, starting with the opening track Day I Was Born, which speaks of when he entered the world: Ever since the day that I was born / Knew I was made for something more / Can't wait to see what's left in store. The next three tracks focus on various aspects of his childhood, including both the good and the bad. While each tell stories about troubled times he experienced when he was younger, each song points back to the grace of God, and how He pulled him through each and every time. Tunes like God Is Good showcase his strong faith in Gods ultimate plan: God is good all the time / All the time, all the time God is good.

The heartfelt Come Alive is a solid addition, which nicely features Madeline Gibbs on vocals, and helps break things up; and it focuses on his full surrender to God. Just Gets Better shows him getting older and finding true love, as he raps about how God blessed him with his wife. The upbeat Pay Attention and I Got This keep things moving, with the latter taking more of a boastful approach which hurts the records authenticity overall, due to its shallow lyrics. The title track, however, is one of KJs most heartfelt pieces of work to date, as it speaks of him wrapping up his career: It's time that I just face the fact / Feel like I'm running down my victory lap / Hit the lights cause I ain't coming back / I think I'm running down my victory lap. My Very Last Song brings back KJ-52s more comedic writing approach in the verses, and serves as a solid closer.

Generally speaking, Victory Lap is a well rounded piece of work, however, it has some shortcomings. For example, some of the beats run into each other throughout the songs, giving it a monotone feel at times, which is a shame considering this is his last record. Musically speaking, it isnt poor, but it fails to create anything new or unique. While KJ obviously didnt want to stray from what he does best, a little more creativity would have been appreciated, to make this last album more memorable. Overall, there are definitely some decent moments, and those who have been following KJ-52s work will be satisfied with his Victory Lap.

For over two decades now, KJ-52 has been dropping tunes that can equally be labeled as dope, funky, Jesus-focused, and meaningful. A few months ago, he detailed why he is retiring (as KJ) on his social accounts (more on that here) but we are blessed to have one more KJ album, appropriatly titled Victory Lap. As for the music on Victory Lap, listeners will enjoy a very solid 52 project. Tracks like Day I Was Born and Pay Attention offer great insight into KJs life (even hinting at his retirement reasons), while other tracks, such as Keep On Running and "God is Good are KJ at his finest  reminding people of the greatness of Jesus. Just Gets Better is an awesome tribute to his wife and the blessings of a godly marriage, and the title track delivers a perfect farewell song to his fans.

While this is not the best music KJ has ever released, it is a pretty perfect ending that gives some insight into what is on his heart. Few can say that they have lasted as long as KJ and even fewer can say that they have so strongly represented Jesus in CHH. I am going to miss his music and will continue to bump his stuff for a long time to come. Well done KJ, well done. - Review date: 1/15/20, Kevin Hoskins of Jesusfreakhideout.com