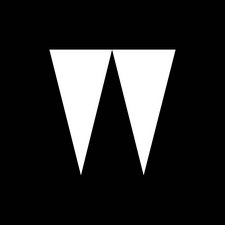 Have you ever had one of those moments where you hear about a band in the news and go "is that artist still around?" I recently asked myself that question when I realized that the rock group Wavorly was touring with Hyland and Abandon Kansas for the "Mother May I" tour. Ever since Wavorly debuted in June of 2007, their lack of subsequent projects combined with the lack of radio airplay apart from "Praise And Adore (Some Live Without It)" caused them to fly completely off many listeners' radar. But nearly four years later, the band is back with a new EP which is poised to be a precursor to a full-length release.

From the beginning of the four-track EP, it's clear that at least some of Wavorly's sound has gone in a different direction. The gritty, aggressive rock sound that defined much of Wavorly's first album, Conquering The Fear Of Flight, is almost entirely gone in the first three songs. "Caught In The Middle" leads off the short release with a bang with an emotionally charged outpouring from lead-singer Dave Stovall. The insertion of a cello only adds to the song's catchy atmosphere as the pop rock feels almost flawless throughout. Although the pop ballad "Carry You" isn't a bad tune, after "Caught In The Middle" it feels a little uninspired. While the first half of the EP sounds like a complete change in direction for Wavorly, "One More Try" has a distinct Conquering The Fear Of Flight style that obviously established their debut.

The band's progress is most evident in "Part That Won't Let Go" which is a return to the band's aggressive rock roots. Behind fine guitar work, the group showcases that they can still bring a smart, refined rock sound to the table. The only drawback to Wavorly's otherwise agreeable return is some oddities in the song structure. For example, the lack of a third, full refrain in "Caught In The Middle" is mildly irritating, the weak bridge in "Carry You," and the extended finish in "One More Try" all add unnecessary frustrations.

The lyrics are relationship-based and are an escape from the spiritually charged themes related in their first album. However, while the well-written aggravations of a stressed relationship ("Caught In The Middle") may not offer listeners any insights, there are still good messages contained within the EP. The singer in "Carry You" offers his aid ("Take the world off your shoulders/when you can't carry on/I'll carry you"), and the protagonist in "One More Try" seeks another opportunity to set things right.

Wavorly's new pop rock sound is a welcome sound indeed. While their debut began to chip away at the listener as the album progressed, the EP is fresh enough to warrant several spins. But while the musical craftsmanship appears to be as good as ever, it remains to be seen where Wavorly is going with their lyrics. So after you check out the EP, make sure to keep a sharp eye out for their full-length release next year.

I was thoroughly impressed when rock act Wavorly debuted in 2007 with their first major label effort after an extended presence in the indie scene under the moniker Freshmen15. Conquering the Fear of Flight displayed a band with great promise; spiritually charged lyrics and themes filled a record driven by original orchestral cues and aggressive rock rhythms. It was fresh and a unique change from the sameness that CCM tends to offer. Unfortunately, it was a bit too unique and some label staff changes led to the band being let go and they've been floating around the indie scene once again ever since. As they continue to hone their craft and define what their future might sound like, they self-release The EP, four years after their debut. It's a solid pop rock collection of songs, lyrically focusing on relationships of different kinds, as well as the heartaches that can result from them. I have to admit, however, that the spiritual meat and potatoes, so to speak, of their debut is sorely missed in these new tracks. Still, these songs are well-crafted and a great treat for the ears of those who've been anxious to hear more from the band. I'd be curious to see where these guys take everything next, but in the meantime, The EP is worth checking out for fans of the band and those just looking for some new, quality pop rock... just don't expect it to be the same Wavorly you remember them to be. - John DiBiase, 11/7/11