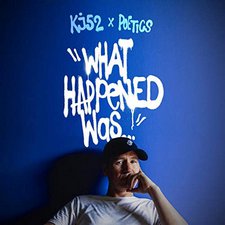 
Jonah Sorrentino, AKA KJ-52, has been dropping rap tunes for about twenty years now, and has to got to be among the longest running (if not the longest) active artists in the CHH game. 2019s release, titled What Happened Was, is an eight-piece collaboration project with producer Poetics. KJ raps alongside a few of hip hop's lesser known artists making for a solid project for many rap fans to enjoy.

The opening track, Beastmode, features Xay Hill and is a solid intro where KJ does what KJ does best: spitting rhymes about how good the King of Kings is. He makes the purpose of his tunes quickly known as he spits I shine for the Son of man. Up next is :Go For It," featuring Jodie Jermaine and Mitchel Darrell, which is straight fire. Each contributing verse comes at an extremely rapid pace laid over some seriously hot beats. KJ, Poetics, and the featured artists work together perfectly here. Then Big Enough comes along to remind listeners that God is more than enough. The beginning of this short release carries a great purpose while giving the listeners something to nod along to. Collision Records' front man Dre Murray works with 52 on Flex as the two tag team for a solid song, while Gimme That Chicken is one of those quirky/clever/humorous tracks that Sorrentino often does, and fans will either love it or hate it. Ending the short EP is Jim and Pam (a reference to TV's The Office), a simply great tribute to his wife and marriage. The track hits on personal moments, And now we never take a picture right. 25 pictures there ain't one we like and speaks of true love And we may never ever get the mansion, but I got a hand that you can put your hand in.

All that being said, not all is great here as I find the hook on Have a Good Day extremely repetitive and Depression Nap feels like a filler track. What Happened Was... is a short but sweet collection of songs, and after two decades of hearing tunes from KJ, the message has not changed: Jesus! KJ has a unique way of sharing his thoughts and views while being funny and serious at the same time. And any fan of CHH or KJ should be checking this (and his soon to be released audiobook of the same name) out!