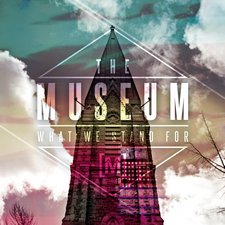 The Museum
What We Stand For

If there was some sort of State Of The Union address for worship music (as it pertains to the genre "Worship Music"), it might say that the current state of worship music in North America is poor. Recycled choruses, dull, unimaginative releases with crisp production masking boring songs might be a few of the reasons stated. Perhaps there is a spiritual component at work here, or perhaps the format (as it is currently constituted) is simply out of gas artistically. Now to be quite clear, actual worship of the Creator Most High is in no danger of ever getting old or going out of style. All across the earth, believers are engaged, as we speak, with the Father through song. Songs will always be a part of the human story. From the Garden of Eden to this day, praises to God have been sung and will be sung in some form or another.

But BEC recording band The Museum's new album, What We Stand For, serves as an interesting example for what "running on fumes" sounds like. If What We Stand For was The Museum's first album, they might get a pass, but this being their third album, a bit of a tougher critique is warranted.

To be fair, What We Stand For does have a few nice moments on it. Lead single "Saved My Soul" has a good driving pulse, and the wordplay is clever in places. As a celebratory song of praise, it holds up well. The bridge has a needed reminder that we should "never lose the wonder, never lose the joy." Active remembering is a strong Biblical theme, and "Saved My Soul" is a small, simple slice of a song that works well. Likewise, "Give Me Faith" is a melodious song written in the aftermath of a personal tragedy in lead singer (and primary songwriter) Ben Richter's life, and serves a moment like that well.

But a number of dull, paint-by-number worship songs mar the enthusiasm that Richter and the band bring to the table. The opening track, "Forever And Ever," lumbers out of the gate with the words "the majesty of this love." A phrase like this sounds like the words to the top fifty most popular worship songs of the day were written on slips of paper, put in a hat, and whatever words were picked out were the song's first line. It's Christianese of the first order, and I'm not even sure what it means. The song titles are also fairly unimaginative (according to a Google search, six of the album's original songs share a title with at least one other pop song in current circulation), and two of the album's cover songs are carbon copies of the originals, and have been done already by other artists in just the past two years or so. It's not to say that cover songs aren't sometimes a good choice, but "Your Love Never Fails" was a recent hit by Newsboys, and before that, it was one of the best know songs from the group Jesus Culture. It seems a poor choice to stuff this song and "Stronger" into the track listing like this, when there is so much room for creativity and originality on an album.

It's no easy thing to criticize an album of vertical songs directed to the Lord, but The Museum is capable of much more. A bit more attention to details (eliminating overused word and melodic combinations for instance) and a bit more creative effort overall would serve the earnest young men of The Museum well.