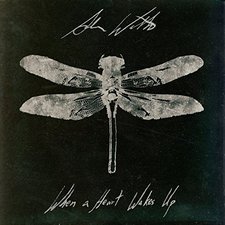 Adam Watts
When a Heart Wakes Up


Musician, composer, songwriter, producer. All of these titles can be claimed a dozen times over by Adam Watts. Even if you're unfamiliar with his name, you're almost guaranteed to know some of his work. He's helped build up and/or sign CCM artists such as Jeremy Camp and Colton Dixon and has written for Switchfoot and other headline artists. Outside of the Christian industry, he's had work included in The Chronicles of Narnia film series, has written and produced albums for Jessy McCartney, Miley and Billy Ray Cyrus, and was a key force behind some of Disney's popular film series, including High School Musical.

Ever since The Noise Inside, his debut LP release through BEC Recordings, Watts has continued to grow as a solo artist, tackling a curious conglomerate of subgenres over the past seven albums. His eighth studio album, When a Heart Wakes Up, is easily his best offering since 2010's Murder Yesterday. It brings to the table a new standard of singer-songwriter elements, raising the (admitted low) bar within the CCM industry. Watts is also well-known for his percussion work with Broken City Records, and that aspect truly shines through for the entirety of When a Heart Wakes Up.

The album opens with "Don't Take Me Out," a heartfelt song with an elaborate structure and complex timing. In a sense, this serves to throw listeners off-kilter, cleansing the palate for what's to come. "Love You More" can be interpreted as either a love song or a worship piece, with simplistic lyrics and a calmly harrowing melody: "Fall to rise / die for life / the truth is that I've been a lie / I want to love you more than I do / I hate to lose more time than I have to."

"Every Star is the End of a Tunnel" is both a fun and gripping piece. It serves Watts' vocals excessively well and perfectly introduces some less-common instrumentation and a tasteful string set. Its lyrics are poignant and smoothly communicate the picture being crafted: "let's lie down, backs to the earth / eyes to the sky, things could be worse / tune into the sound, head to the call / we'll fail by design and learn from the fall / if you wanna cry, cry, we'll drown away by the twilight." The fourth track, "Back to Earth," is one of the album's highlights; its deep and humbling lyrics ("I've been shot out of a gun, way out into space / I went flying past the sun, to a universe of pain / a dying faith under careless stars / You led me there, that's where You are / said I won't suffer without worth / and You brought me back to earth") effectively pair with the acoustic guitar work, flawless strings, and percussion which progressively grows until the song's peak.

"Winter" is a deeply satisfying piece tossed into the middle of a passively subversive album. The percussion is steady and driving, and the song somehow goes where the listener thinks it will. It is slightly reminiscent of some of Watts' earliest works and is another one of the album's highlights. Listeners who haven't particularly enjoyed When a Heart Wakes Up thus far will encounter a vastly different flavor on "That's Why I Love You," a piece pulling in some more classic rock elements and a pinch of dirty guitar. "Swallowing Light" is a lovely offering which could have been pulled straight off of Murder Yesterday. Boasting a melancholy melody, its lyrics are straightforward and honest: "Swallowing light I'm at it again / strangling life, playing with sin / saying You hurt me, knowing the blame is always in my hands."

"No One Here is Innocent" displays some of Watts' signature piano work, adding a slightly different texture to the album. The verses are impressive and his falsetto in the pre-chorus hits the mark perfectly, but the chorus doesn't really seem to fit into the rest of the song. It's almost as if two songs were stitched together, which is unfortunate, as the former has the makings of what could truly be a masterful piece. An amazingly beautiful song, "The End of Alone" is a worshipful track featuring only acoustic guitar and a drum set. "Where to Begin" is a more experimental piece showcasing some phenomenal vocals (including impressive borderline "screams") and some big band elements.

The title track also serves as the album's closer, and just might be Adam Watts' magnum opus. "When a Heart Wakes Up" illustrates a profound image of redemption and grace through its passionate and descriptive lyrics ("You hear the sound of a knocking at the door / in the middle of the night, in that room below the floor / you feel the shaking of the bedrock underneath / every fake smile, every lie, where that beat up monster sleeps"), sweet melody, and skillful instrumentation. Every aspect of this song is flawless and its message is one which is applicable to all listeners; "I'll set the table and wait / this hunger hits like a tidal wave / I'll let it rush through every window and get ready for the flood / 'cause this is what happens when a heart wakes up / nothing comes and nothing goes / in a clenched up heart the blood will never flow / we can pray our prayers and hope someone cares / but in the end it's up to us / like coming back from the dead when a heart wakes up."

In summary, When a Heart Wakes Up shoots straight for the moon as if to bring it crashing down. Watts doesn't rely on cheap tricks or catchy hooks, but rather emphasizes true musicianship. The album isn't desperate for attention, choosing instead to stand on its own two legs. Because of this, it most decidedly contends to be one of 2018's greatest offerings; there are few projects slated for release later this year which could likely challenge its standing. The album's runtime is set at a smooth 43 minutes, clocking out right when it should. Yet somehow, the listener just may be left wanting more...

Despite Adam Watts' reputation as a pop songwriter, much of his solo work doesn't fit into a box of preconceptions. No matter how listeners react to his indie material, they can't deny his passion. On Watts' newest release, When a Heart Wakes Up, that passion is on full display.

"Don't Take Me Out" kicks off the album with layered time signatures, likely disorienting listeners for a few seconds until they realize there's nothing wrong with their internet speed or mp3 file. Throughout this album, he experiments with sounds and rhythms that don't lend themselves to mainstream. Even so, his compositions, from the soaring and emotive "End of Alone" to the experimental "No One Here is Innocent," are consistently melodic and engaging. Sometimes his voice is tender and sometimes it punches you in the face, but his delivery is always from the heart.
- Review date: 4/16/18, written by Andie Hardee