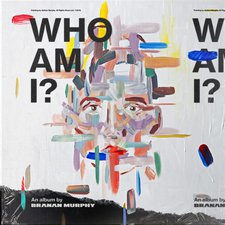 Branan Murphy
Who Am I?


After releasing various albums and EP's independently over the past few years, Branan Murphy is here with his full-length label debut, Who Am I?, released through Essential Records. Musically, it's a healthy mix of pop and hip-hop, with a little dose of rap thrown in here and there for good measure. This style brings to mind artists such as TobyMac, Jordan Feliz, and Ryan Stevenson. Despite not doing much to shake up the generic formula, Branan succeeds in creating a relatively solid debut.

Overlooking the somewhat pointless twenty-second intro track, the album kicks off with the catchy single "Enough," which is bound to be a hit on Christian radio. "Enough" is easily one of the strongest tracks on the album, boasting a catchy hook that is guaranteed to get stuck in your head. Asking the tough question of "When did You stop being enough for me?," it makes the listener think about the things we put above God for satisfaction, and how that needs to change. "You Don't See What I See" follows in the same musical vein and helps create a decent opening to the album. "Talk About It" takes the listener for a funky twist, which helps break things up a bit. The album peaks with the heavy-hitter "All The Wrong Things," which speaks of the struggles we can have with sexual temptation: "I light the fuse, and I'm watching where it goes / I wish You would stop me / This feels too good for it to be wrong," but also acts as a plea to God to help us out: "You gon' dust me off, and I swear to stop / So help me God, gimme one more shot." Another highlight is the song "Maybe," that describes the feeling of someone being drawn to God, but is afraid to let Him in.

Despite these highpoints, unfortunately, the album falls into mediocrity quite often when it comes to the musical compositions. Most of the songs here, especially towards the back half, are very predictable and cliche for their respective genres. While songs like "My Life" and "Perfectly" are enjoyable listens, they don't bring anything new to the table and sound more like fillers than anything. The weakest track, however, is the closer. After the album was filled with so much lyrical honesty and transparency in songs like "All The Wrong Things" and "Maybe," "Top Of The World" comes off as incredibly bland, with lyrics such as: "Never took a "L", ain't gon' start now / I'm always out of range 'cause I'm / On top of the world / Give me my team and the rock / Call me a king like LeBron." The boastfulness of this track contrasts quite poorly with the rest of the album, and ends the record on a disappointing note.

Overall, Branan Murphy has crafted a solid debut album that shows promise for future releases. While he doesn't do anything necessarily groundbreaking here, he proves that he is more than capable of writing thoughtful and unique content. Musically speaking, there is definitely room for improvement; and while he does what he does well, he doesn't really stand out in a unique way, at least not yet. The album also could have benefitted from trimming out a couple of the forgettable filler tracks. Generally speaking, Who Am I? is definitely worth at least one spin for fans of pop and hip-hop; However, if you don't fit into that description, you'll probably want to pass this one over.