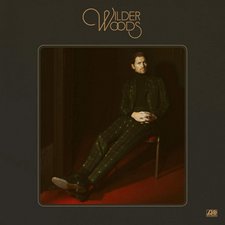 
Needing only the slightest of introductions, NEEDTOBREATHEs lead singer Bear Rineheart has decided to treat listeners to a side project under the moniker Wilder Woods. This solo venture is named after his two sons; Wilder and Woods Rineheart, and gives him an outlet to pursue a different musical direction than the norm. Everything on his self-titled debut is based around his terrific, raspy voice. Taking a chance at going at it alone, he has never sounded more confident, or as cool as he does as the singular focus. These songs personify a sway and swagger we have yet to hear from him up until this point. Whereas his day job focuses on an Americana, Folk/Alternative sound, this foray allows him to tap into some classic soul and R&B vibes, mixing the danceable and organic with the skill that only a sly music veteran could pull off so flawlessly.

Wisely starting the album with "Light Shine In" allows Rineheart to ease longtime fans into his new direction, as it sounds the most like a recent NEEDTOBREATHE song. With its gentle acoustic guitar strum, "Light Shine In" is a low-key kick-off that begins on a simmer before working its way to a boil with a choir and fuzzy electric guitar joining his vocal plea to, Let your light shine in. Performing the song live will likely be exhausting as he sounds like he's putting every ounce of passion available into the vocal delivery. Next in line is the flirtatious Sure Aint, with its smooth electric guitar, groovy beat, and organ making even the most introverted wallflower want to step out onto the floor to dance. Ballad Someday Soon takes a tender approach, utilizing a finger-picked guitar and a soulful croon. Another highlight of the set is the sultry "Supply & Demand," where he focuses on the physical side of human relationships as he coos the encouragement, When you're running low on magical/Maybe I can hold you tight/Try a little supply and demand/Try a little supply and demand. Its sensual without being explicit, while celebrating one of the joys of a marital relationship.

The funky vibe of Electric Woman might be the finest song of the album, if not the most toe-tappingly catchy. Once again, this song is directed toward his wife, who is the biggest muse for the project. He professes his devotion in Mary, Youre Wrong assuring her, Baby, youre wrong/if youre thinking I would ever want to leave (Editor's Note: He does sing "h*ll with..." twice in each chorus.), while looking for her to express the same sentiment in Feel. Either way, hes all-in saying, Arent you tired of rejecting all of my affection/Cause I aint gonna cut and run. As he winds down the tracklist, What Gives You The Right amps the energy back up after several slower, mid-tempo groove songs, with him playfully singing, I had a good thing going/I was going at it alone/I was doing just fine/All of my wheels in motion, then you motion to me/only with your eyes/What gives you the right? Lastly, Religion would appear to be a breakup letter addressed to dead religion. Perhaps some could hear an outright rejection of Christianity, but I dont hear it that way. The lines, I was born in the shadows of preachers and saints/I was raised in a house of God/But the blood on my lips/and the dirt on my face is all the religion I got, would seem to indicate he bears some of the culpability for missing the mark. If anything, he sounds weary of manmade religion that heaps shame and demands on believers that Jesus never did. Either way, there is plenty open to interpretation and I urge you to listen and wrestle with it on your own.

Wilder Woods is a horizontally focused sonic love letter to his wife, and muse, Mary. While not as explicitly faith-based as NEEDTOBREATHE, these tunes carry the undertones of a man desiring lifelong faithfulness to the woman to whom he made his vows. This is to be commended, and I for one appreciate having quality songs of love and devotion for singing, versus the all-too-common sentiments of roving eyes and lustful boasts that litter the mainstream charts. Mr. Rineheart has publicly honored his wife and gifted the church with a broader scope of things to think and sing about. Bear has done it again, and Wilder Woods is a surefire top ten album of the year. Dont miss this one!