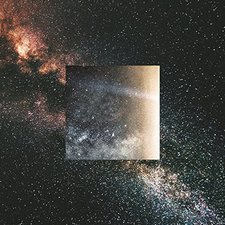 The Rock Music
Your Love Remains


Mention the concept of repetition within the context of music and most listeners will immediately decry it as an unpardonable shortcoming to be avoided at all costs. Whether this is true or not is, of course, up for debate. But, if such a theory does, indeed, hold water, nobody bothered to tell leader Steele Croswhite and his fellow members of The Rock Music.

Foregoing the standard verse-chorus-verse-bridge-chorus structure that most pop listeners are familiar with, Your Love Remains' opening number, "How Long Must I Wait" drifts from the speakers, seemingly already in mid-song, and consists of nothing more than a succession of recitations of the track title timing in at just a tad over the two minute mark. This same minimalist lyrical approach is also featured on "Cry Out," "Peace I Give" and any other number of compositions on the release. And even when the group opts for a more standard construction, as they do on cuts like "Here's My Heart," they often do so by constructing the second and following verses using the same wording as that of the first.

While this sort of approach would seem, at first glance, to be nothing more than a perfect blueprint for failure, it actually, against all conceivable odds, winds up working as the record's greatest strength. Indeed, the lyrical repetition, rather than becoming tiresome, actually works to draw the listener into a deeper reflection on, and appreciation of, the truths contained in the album. This is made possible, in large part, by the ethereal, highly-textured musical backdrops the group constructs which serve to establish a sense of reverence and wonder and, over the long haul, generate an almost hypnotic ambience that fosters the sort of worshipful, meditative frame of mind that most praise-oriented groups are ostensibly seeking to create.

As it turns out, very few of the individual songs on the project are slotted into the standard three-and-a-half minute pop format. This longer-than-average track length works as something of a two-edged sword. On the one hand, it limits their exposure to those who come by their inspirational music only via Christian radio and that which they sing on Sundays. On the other side of the equation, though, by liberating themselves to such a large degree from the confines of the traditional pop framework, the band is free to follow its muse and create a more unique and engaging work whose individual cuts, rather than serving as self-contained entities, fit together seamlessly as parts of a larger, and far more coherent, whole.

In one or two places, the group reverts to the more conventional, and now familiar, pop/worship approach favored by so many of the more successful artists in the inspirational arena. Perhaps not surprisingly, the proceedings lose some of their momentum when this approach is favored. Thankfully, though, such detours are relatively rare in the grand scheme, and are more than overcome by the remaining portions of the album - the sum total of which render it one of the more unique and impressive worship-oriented outings thus far this year.