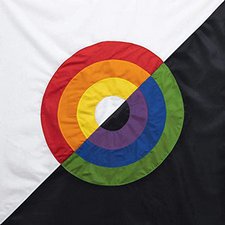 
It doesnt seem like that long ago that we last heard from Kings Kaleidoscope, but it also seems like ages. Perhaps its because 2017s The Beauty Between mixtape was both stunning and relatively short. Needless to say, when the band released the hat trick single collectively known as The Rush, I was ready. It was the perfect introduction to the bands newest full-length album, Zeal.

A few tracks into the album, its purpose is made known to the listener in Flat on the Inside (A Word), which comes by way of a voicemail. The caller says, Nobody just picks a topic like zeal because theyre actually experiencing zeal for the Lord. You picked a topic like that because you were eaten up with conviction and boredom and apathy and passion.... While I dont agree with the first part of that statement (and of course the swear word, despite being censored, was an odd and unnecessary inclusion), its not uncommon to write songs about how you want to feel in an attempt to actually feel that way. Zeal was born out of Chad Gardners desire to display the good parts of faith deconstruction; the parts where one truly finds Jesus in the breaking down instead of the desolation and bitterness that comes with leaving Him behind. As the album progresses, the listener is taken on a mini-version of that faith journey, from being lost to finding joy in the Lord. Youll find that even the album cover plays into this theme, if you dig into the lyrics enough. The albums first actual song, Hero Over My Head, and the closing track, A Little Bit of Faith, are a gorgeous, antithetical pair of tracks. The former sees Gardner singing about the things hes been doing to find meaning, while the latter ends on the hopeful note of finding purpose in Jesus. The melodies and chord progression are also very similar, which makes A Little Bit of Faith more of a satisfying conclusion, in addition to already being an excellent song.

Zeal is arguably Kings Ks most thematically-driven album yet. The Coma is a bit of a micro-overture for the album (This is my moment, this is my fortunate fall, Im not believing, Ive got my back on the wall, out of the coma, I need to fight through the fog). This is how the journey mentioned in the previous paragraph begins. And as you follow along, you are given a fantastic opportunity to actually join in instead of merely listening. Gardner and the gang have crafted songs that capture the feelings and emotions displayed by each set of lyrics. The frenetic nature of About To Break makes you feel like youre on the brink of a mental breakdown, but Oxygen leaves you with a childlike wonder as you remember how much Jesus loves us. Using the childrens song Jesus Loves Me as the final bridge might seem a little cheesy to some, and understandably so, but something about it is also quite endearing and reverent.

Kings K does a lot of things really well, and one of the things they do best is experimenting. Zeal is the bands fourth full-length album, and the fourth time in a row theyve created something with a brand new, fresh sound. It does borrow some musical elements from the three albums before it, but theyre used in different ways and to create different sounds. You can definitely hear a lot of The Beauty Between in some of the mild hip hop influence, but the experimental nature of Beyond Control seems most prevalent (A Little Bit of Faith even samples the line running under rainbows, so alive from that albums track Lost?). Perhaps this is the product of having Zach Bolen once again involved in the writing and production. A variety of sounds and instruments come into play; you really never know what youre going to come across until its already happening. One of the most surprising things to me was the crunchy guitars in Naked Feet & Holy Fire. Almost out of place, but somehow amazingly utilized, the electric guitar tones in the chorus remind me of something you might hear on one of Switchfoots first two albums. When it moves into Backwards, you might be inclined (on first listen) to guess that you were somehow listening to a different album. Some smooth, jazzy horns play, followed by a murky beat and then some light piano - all in the first 30 seconds. From there, its an array of synthetic and organic instrumentation that all sounds disjointed on paper, but is cohesive in execution.

Theres so much to be said about this album that a review doesnt provide the time or room for. Zeal is a musically-diverse, experimental, thought-provoking album that will present you with something new each time you listen to it. Its not as immediately memorable as Becoming Who We Are or The Beauty Between, but it gets better with each and every listen. Kings Kaleidoscope consistently proves that they are one of the tightest, most talented bands around today. This is an album Ill have a hard time taking out of rotation anytime soon; in fact, Ill probably just keep listening to it on a regular basis until their next album comes out.

Seattle-based alt. rock/worship act Kings Kaleidoscope returns to the scene with their fourth studio LP, Zeal. Upon booting up the album, the listener is met with what can best be described as an auditory assault. The songs are imbued with varied forms of chaotic distortion and creative instrumentation, creating an off-kilter environment. As the tracks progress, an ever-expanding degree of order is found throughout the chaos, representing the manner in which our own "zeal" is honed and focused as we mature and grow. While aspects of Zeal are exceptionally creative, there exists a lingering sensation that the band is trying a little too hard. Regardless, Zeal remains a quality offering that both present fans and new listeners should enjoy. Listeners should be aware of a *mostly* censored use of "s**t" on "Flat on the Inside (A Word)." Album highlights include "Naked Feet & Holy Fire," "Same Blood," and "A Little Bit of Faith." - Review date: 4/12/19, David Craft of Jesusfreakhideout.com

The energy of Becoming, the inventiveness of Beyond, and the grooviness of Beauty come together to form King Kaleidoscope's fourth LP: Zeal. Although perhaps the least memorable of the group's efforts so far, their trademark aggressive joy is on full display throughout the runtime, fitting the theme of passion quite well. This album hardly takes a break to breathe, and that prolonged ecstasy is what defines Zeal and continues the band's impressive streak of redefining the aim of worship music. - 4/3/19 Mason Haynie

While Zeal may appear to be a mess of an album upon first listen, every additional chance one gives it reveals just how intentionally and intelligently put-together this album is. From the way Zeal gradually progresses from chaotic at the start to beautifully organized at the finish, to how the lyrics transition from the perspective of being lost and without direction to eventually being confident, peaceful, and (dare I say) full of zeal; it might take a bit of getting used to, but it's worth it if you do. - 4/7/19 Mark Rice