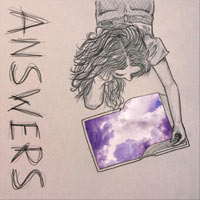 
Suite Caroline (Caroline Soares) is a singer/songwriter from Astoria, New York. Soares was brought up as a classical pianist, but later impressively taught herself how to play guitar, bass, and compose. Caroline cut her teeth as a musician by playing in worship bands, but has finally decided to branch off on her own. "Answers" is her first single. The song heavily features the piano, but has some nice guitar lines and other electronic nuances that fit wonderfully into the arrangement. The drums are simple and more subdued in the mix, but that really helps to boost the instrumentation and make Caroline's voice standout better. I wouldn't personally classify this as a "worship song," but it is certainly worshipful in nature -- Caroline calls it a "liberation song." She sings, "Hallelujah This is where I want to be; living for the One who lived for me." The lyrics, especially in the second verse, explore questions that she has, but point to Christ as the answer. "Answers" features beautiful vocals, fantastic instrumentation, and solid production; it's a great teaser for what will hopefully be more material from Suite Caroline. Those who love piano-centric music should find a lot to enjoy with this one.
- Review date: 10/11/18, written by Michael Weaver of Jesusfreakhideout.com 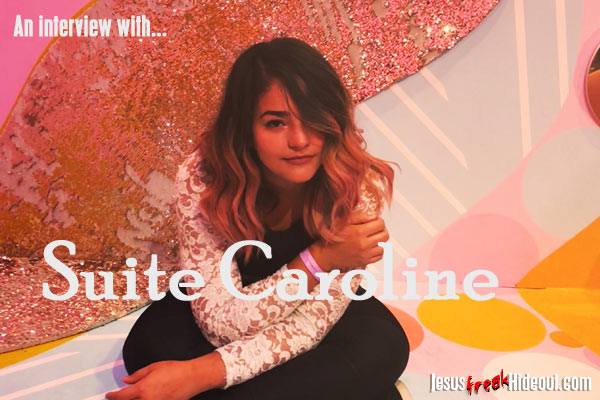 Suite Caroline: It's hard to explain, but the only way I'm certain it's my calling is because I literally can't imagine myself doing anything else. I have a passion for lost people and music, but I wouldn't have the courage to do this if God hadn't hard-wired my brain to reject even the thought of pursuing a nine-to-five career. As for leaving other bands, I love them, but the greatest things that will ever happen to you require the greatest amount of faith & trust in God. I didn't have to depend on God to play someone else's songs, but trusting that He'll use me to change someone's life is another, infinitely more exciting, story.

Caroline: "Answers" was pretty much a byproduct of the season all of us are living in right now. With society being so tribal and divided, I wanted to reach out to people who are looking for something authentic and true amid all the toxic rhetoric we're exposed to on a daily basis; steering them away from the drama and towards the peace that only God can offer them.

Caroline: I'm glad you enjoyed it!! To be completely honest, there are a lot of reasons, but the most significant is that I wanted to dedicate the first song to God. People always associate tithing with money, but the most precious earthly treasure He's ever given me is the ability to express myself through music. I don't know what my songs will sound like five, ten years from now, but I couldn't start this journey without giving God recognition for giving me this passion in the first place.

Caroline: I've got the unique blessing of having my mentor, Victor Chicri Abdelnur, as my producer. He's the head of the record label I'm signed to, VCA Music, and before moving to New York, he worked in Brazil with the most popular artists in the country. I couldn't tell you how he ended up in my neighborhood, but it's where he found Jesus, and I met him soon after.

Caroline: I know it's kind of a weird word to attach to music, but it made the most sense to me because I'm not a fan of anything typical. I don't want to just write worship or secular songs, I want my music to stand outside of that; to be a catalyst for people to abandon negative thinking and destructive behavior, inspiring them to be unconventional, and encouraging them to let go of all the pretense that keeps them from being honest about who they are versus who they want to be. Part church, part angst, part therapy, with a few party songs in between.

Caroline: For sure! I've got enough songs, I just have to polish them up in the studio ! In the meantime, acoustic versions of some of my songs can be heard on my YouTube channel.

Caroline: I think, right now, more than anything, God is teaching me about balance. How to keep my balance in a world determined to lead me off my path, how to find the middle ground between opposing voices, and how to love the world without compromising my faith in the process.