In 2009, Christian rock artist Nathaniel Tan released his debut EP Glory of the Cross to his fans in his home country of Singapore. After a fairly good reaction to the EP, Tan began work on a full-length album. His latest release, a twelve-track album called Living The Dream that Tan hopes will help resurrect the Singapore music scene, will be released on October 21, 2011.

You get a glimpse of Tan's overall style in the opening track, "Taking You In." It's radio friendly, yet decently written, pop rock in the vein of Daughtry or the Goo Goo Dolls. The sound doesn't change much throughout the album, though I don't really feel like it needs to. Tan has found the sound he's comfortable playing and has gone for it. Sometimes this isn't a good thing to do, but in this case, it's a perfect fit for him, as it seems that he realizes his limitations and doesn't try to exceed them. Keeping these boundaries has led Tan to another album that stands out a little more than most other independent rock bands. It's not the best sound in the rock world, but Tan does it well enough that it's not disappointing to listen to. I do like that he uses it to put his heart on display. He pours out his thoughts and emotions, and is even hopeful in the midst of otherwise sad songs, like "I'm Gonna Say," where he portrays a father and son trying to mend their relationship. One cool thing is that you can also get personal meanings out of this song. It also sounds like Nathaniel is singing to a love that he lost. He shows his heartbreak, and his attempt to figure out what he did wrong, but he also makes sure to ask God about everything as well. It's both sad and somewhat hopeful. The final track (of the original tracks, that is), is one with Tan struggling with God, but then finding himself again, and finding that all of who he is is in God. With each song, the music always fits the respective message. It makes for good music choice, and relatable lyrics.

Living the Dream is pretty solid throughout, but it's not without its flaws. Perhaps the biggest flaw is in the production. It's an independent album, so the production work is bound to reflect that in some way. And in comparison to many independent artists, Tan's is good. But there are lots of times where the music feels a little empty. Some parts (i.e., the transition from the bridge into the final chorus of "You Take My Breath Away") would've benefitted greatly from some louder and more edgy guitars. It felt a little light, when that portion of the song could've been heavier. This leads to another issue of the album: it has some tendencies to be on the boring side. It's a good album, but where the album lacks production, it tends to make me lose interest. Along with a larger focus on production, I think Tan's future albums could also benefit from him just making an effort to spice up the music a little bit.

Tan's radio rock style is a popular one, and with some tune-ups, he could garner a larger fanbase. If he focused on the recommendations made here, and the general public got ahold of his music, I think they would like what they were hearing. For now, if you like radio rock, order a copy of Living the Dream and support an artist who I firmly believe will keep getting better. Living the Dream isn't the best rock album you'll hear this year, but with some work, Tan could become a household name in the Christian music world. 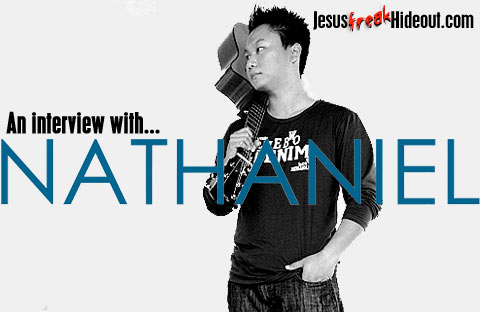