Dylan Case White is a singer/songwriter from Atlanta, Georgia. Having released his debut album, Spoken World in 2018, White has been quiet on the new music front until now. Last month, he released a new single entitled "Loose Grip," which takes his sound in a bit of a new direction.

If you happen to be familiar with Spoken World, you might be mildly surprised at the style of Loose Grip. While the album is just White's voice and an acoustic guitar, Loose Grip adds a couple of new layers, some of which provided by up-and-coming independent artist Allen Odell. The style of synth, bass guitar, electric guitar, and drums tends to bring to mind artists like Pedro the Lion, Hotel Books, and perhaps even some Twothirtyeight. The song really takes its time and lets moments linger, as if it were originally written to be another acoustic song, but was re-written with new instrumentation. The bass sort of serves as both the rhythm and melody sections in the verses as the dreamy, atmospheric synth plays on top of it. Meanwhile, White laments about an old love lost to time (Can you hear me through all these years / or do my words fall on deafened ears?) and perhaps some mistakes (Empty promises and wishful dreams / bare-boned plans and childish schemes). Its a mix of pain and reminiscing set to the perfect musical backdrop.

Im always a bit hesitant when I first listen to a new or unfamiliar artist. Its easier than ever for anyone to just put their music out there, so you never know what youre going to get. But Im pleased to hear such tight and enjoyable music from Dylan Case White. Ill definitely be spending more time diving into his music while also keeping an eye out for more. 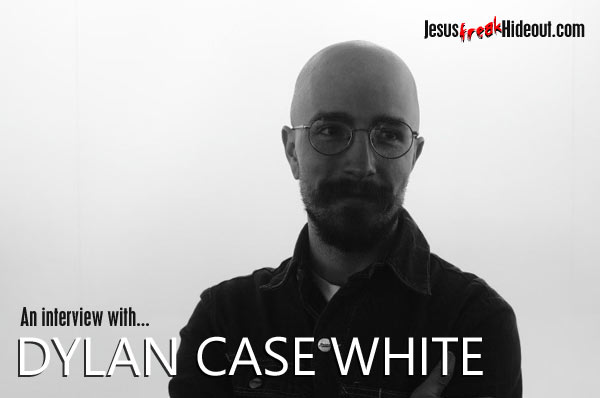 
Dylan Case White: I was severely suicidal at the time, unable to deal with the weight of having been sexually abused when I was younger. The thought of being honest with my family about it was something I thought was impossible, and my attempts to erase the memory, and glaze over it with drug abuse and sex were completely ineffective. At the time, I think I had just discovered Levi the Poets album Monologues, and his honesty on the record gave me a sense of hope in that other people felt and dealt with things deeply as well, but could talk about it openly. Turns out he was going to be attending the Fight the Silence Tour at the 7venue in Douglasville with XXX Church, and I figured I could either kill myself, or try and talk about everything I was repressing, and I decided to go to the show instead of contemplate suicide for another night in a row.

For Today was headlining, and I had checked out their stuff enough to think I could stomach the Christian overtones. When they took the stage, the entire atmosphere of the venue changed, and in between songs Mattie and the other band members began to witness and testify, through tears, to the Lords work in their livessharing the Gospel, pleading for everyone in the room to lay down their lives and their burdens at the foot of the cross, and to accept Christ. I was weeping and more than over everythingincluding this lifeand after their set, I was baptized in the back unused stage space across from the typical merch room. There was a line wrapped around the whole outer perimeter of the room and out into the hall. It was like witnessing a small shadow of whats to come.

Dylan: Back in high school, I was the vocalist in a local band which did not really amount to anything. I was thrown into a vocalist position among friends because I wasnt very adept at sweeping on the fretboard, although I wrote a lot rhythmically. We recorded an EP and played a lot of local shows at the local church venues that operated in our area at the time, and a battle of the bands at The Masquerade. We ended up pawning off a lot of our equipment the year after we graduated high school for drugs and cigarette money, so thats the kind of band I was in when I did play metal. Probably not the best example of my musicianship, either.

Dylan: This single is more than likely part one of a two-part single, which is the most recent collaborative effort between Allen Odell and me. It may end up being included on the new record Im about to start re-recording. I recently ended up losing all of my working files for the new album when my familys house was broken into and we were robbed a couple months back. They stole my MacBook and my hard drive with everything I had recorded thus far.

Dylan: Allen and I met around a decade ago at a young adult program at a local church. We were both wearing Come & Live! merch and I immediately ran up to him when I saw his. Weve been hanging out jamming and writing together for several years now. He actually helped me demo out my previous record, and his friendship and brotherhood in Christ mean the world to me. Im actually partially deaf from when I overdosed and fractured my skull back in 2010, so whenever Im doing pre-production, I run most of my stuff by him and a couple of other friends to get feedback and constructive criticism.

Dylan: Interestingly enough, I was actually gifted a Fender P-bass by my dads old bass player at my grandmothers funeral a couple years back. I had been jamming around on it through a 2x12 cabinet and wrote the bass line, which ended up becoming the chorus riff, and figured I should try writing a song from the bass up as an exercise. Allen had his Yamaha drum kit at the time over at my house for whenever he had the time to jam, so I ended up writing the drums very quickly, and then the guitar came right after. I did a rough live recording with the kit and sent it over to Allen and he jumped on it and helped me sample and clean it all up.

Dylan: Thats kind of a difficult question. My father is probably my biggest influence, but he has the blues, and I dont. Originally, I playfully called myself a wannabe psalmist, and I still stand by, and aim for that being that the Psalms, Ecclesiastes, Proverbs, and Job are some of my biggest inspirations biblically, and in turn, lyrically. For this specific song I had been inspired by Pete Yorns record Caretakers, and Wilderados Latigo and Sorrow EPs. I pull a lot of inspiration from all different types of genres and players, but the most influential and constant besides my own father would have to be Kristian Matsson (The Tallest Man On Earth), and lately, Andrew Birds record My Finest Work Yet, as well as The Dead Tongues entire discography.

Dylan: Photography is another huge passion of mine, and that particular handheld shot was taken on my brothers old Pentax Spotmatic he gifted me during the pandemic last summer at an empty local dive in St. Augustine, Florida while I was on a family vacation. I really enjoyed the lighting of the bar and was hoping I could nail a clear shot with the shutter speed as low as where it was at indoors and at night. It turned out pretty lovely through the Super Takumar 50/1,4.

Dylan: Lyrically speaking, I hope it brings people to confront and be introspective with their youthful lusts and desires. This song was written from a perspective of retrospect, and transition, which I am hoping to inspire in others. I hope it interests listeners enough for them to get into my previous record which has a lot more depth, and to follow along for what Im planning on releasing next. I am constantly trying to write to people empathetically, but to sow seeds of edification which I pray take root.

Dylan: My website (dylancasewhite.com) has most of my streaming and social links. An immediate streaming link for my new single would be (https://ffm.to/loosegrip.OPR)

Dylan: Writing music for me is not a practice of catharsis, but is something I feel compelled to do. Being that I was saved in a scene, I hope to witness and testify through my music to the truth of the gospel of Christ, and to invite people to trust in him as well. At the very least maybe I can begin to help people realize they are not alone in what they feel in the least, just as I thought I once was.