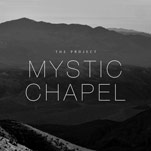 In today's musical climate, people aren't required to be masters of an instrument; if you have a decent computer and a keyboard, you can make something wonderful. (That's not a bad thing - it's just an observant fact.) Long gone are the days of one-track recordings and having vocals with perfect pitch, but there are some who've still got it. The duo that makes up The Project, Michael Glen Bell and Duane W.H. Arnold, are an example of artists that truly do have skill intact; and with their latest release, Mystic Chapel, it is justly on display.

The album opens with the instrumentally brooding "Prelude." The track carries a thematic sound of an approaching storm with accompanying dueling acoustic guitars. Changing directions abruptly is the upbeat and hopeful "Come Let Us Worship." It's not overly complex as it's mainly a call to worship the Lord who saves us from sin. The worshipful theme is carried throughout the album but rarely with the up-tempo sound. More often than not, the tracks lean toward a mid-tempo and methodical tone. "Death is Destroyed" is a fantastic example of this as it doesn't have an overt climax, but is engaging the entire length of the track. "From On High" is another model of a simple worship song of thankfulness for the completed work of Christ as Bell sings, "Glory to thee, oh Lord, our life and our resurrection." While they may not be groundbreaking lyrics, no one is singing lines in this musical style anymore.

The album concludes in a two-fold manner, first with "Holy Father" and then "Postlude." The former song is essentially a sweet "amen," acknowledging the authority and graciousness of the Father. The latter is essentially a refrain of the first track, but this time with a more peaceful undertone--as if worship gives perspective in the midst of a storm. Whether that was the goal or not, I'm unsure, but as a critic and music-lover that's how I interpret it.

Overall, Mystic Chapel is a solid release; however, some listeners still may not feel the overtly retro vibes. Thankfully, that doesn't determine the substance. Fans of 70's artists like Paul Simon, Bread, Zager & Evans or the acoustic musings of George Harrison might find the band's sound gripping. There really aren't many, if any, contemporaries to compare the group to, which makes them a gem of a group (but they may not have as large of coverage as others). Nevertheless, Mystic Chapel is a testament to the musical fortitude of the band and their commitment to continue making excellent quality music. 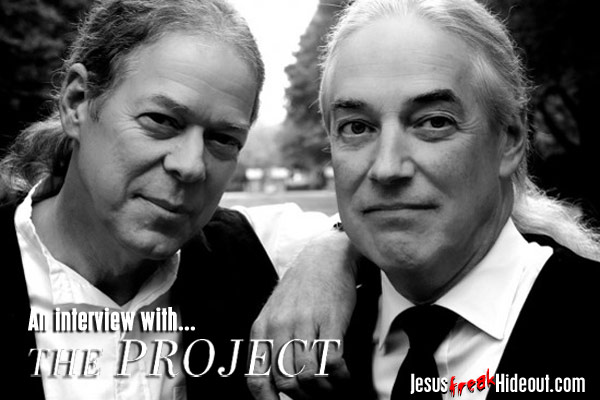 Michael Glen Bell: Well, it was about three years ago, during the time we were working on our first album, Martyrs Prayers, that I came across a tape of two and a half songs I had recorded as demos in the studio in 1981. The two complete songs were ones that we had sung in our faith community back in the day that we had based on the Easter Vigil liturgy of St. John Chrysostom. We had been very influenced by the work of Robert Webber at Wheaton and regularly studied the Church Fathers in our fellowship. I passed the tapes along to Duane, who digitized them and thought we should do something with the songs.

Duane W.H. Arnold: When Michael gave me the tapes, I set them up on my old Teac, hit the play button and was astounded how fresh the the music sounded to me all of these years later. I suggested to Michael that we could write a "song cycle" around the idea of a faith journey. We came up with the tag line, "What if we still believed?" You see, we've run into so many people from "back in the day" - old friends, or people with similar experiences who, while they still have a genuine faith, are simply "done" with the church - too many scandals, fund drives, intolerance, and all the rest. At the same time, we were working with a whole group of talented younger friends, musicians, designers, etc., who retain a deep faith but who have either no affiliation, or at best, a marginal affiliation with any faith community. So we decided to provide a "faith journey" of sorts for the "nones" and the "dones" and send it out as a sort of a "love letter".

Michael: We also wanted it to be authentic. We used every piece of analog gear we could lay our hands on and then a load of Abbey Road plug-ins. Duane was on the lookout for vintage Vox AC 15s and 30s, grabbed up a Hofner bass, a stripped Epiphone Casino, and all the rest - just to get the sound of something real. We really wanted it to have the sound of "sonic memory".

Michael: For me that would be "Hypachoi." From Duane's beating chains on a cement floor, to Thom Daugherty's [formerly of The Elms] fantastic lead work, to the lyrics and acoustic guitar work - it all combines to bring the Resurrection to light as a truly cosmic event that reordered all of history. I don't think the Resurrection was a mild, passive event, it was a tumult that ended with "death is crushed".

Duane: It's hard to come up with a favorite, but if I were pressed I would have to say We Sing With Angels. I remember when we had the first mix of the song, I sent it off to our good friend, John Michael Talbot, for a listen. He texted me back almost immediately and said, "Don't change a thing!". The lyrics and melody, I think, draw you into the experience of Mary at the annunciation and Steve Potaczek's [formerly of 1000 Generations] keyboard work is really tasteful and "spare" in this song.

Michael: Duane wrote the liner notes and used them as a guide in working with Owen Thomas [formerly of The Elms] who now heads up a great design consortium, Absorb, in addition to being Creative Director for The Band Perry. When Owen and Duane get together on these things, I tend to leave the room... it's kind of like they've both had three double expressos when they start talking design!

Duane: Alright, guilty as charged. Actually, Owen and his team came up with most of the design work. My part was simply to emphasize the idea of a journey in a wilderness setting, weigh in on typography and match the narrative with the lyrics. As to the cover art, while Owen was directing the video for "Gentle On My Mind" for The Band Perry, he was on location in Death Valley and took some great photos. We scrolled through and found the one that we felt matched the emotional tenor of the album and fit the narrative.

Michael: Well, after Martyrs Prayers and Mystic Chapel, we've already been back in the studio working on a new set of songs for either an EP or an album. The last time Duane was in Paris he was at a small cafe and got into a conversation with an American woman whose most recent marriage was in a really bad place - she'd been married several times and this one was breaking up. Even with that, she kept talking about the various wedding dresses she had worn. Duane went back to his room and worked the rest of the day on lyrics for a new song, "Wedding Dress." I'm not sure that most people will see it as a "Christian" song, but it speaks to the reality of what a whole lot of people are facing these days - what they really want is love and commitment but they settle for something less, so long as it has the right "look". We think there is something to be gained by addressing topics like this, because it is where people actually live. So, it will be a different body of work, yet again.

Duane: I think the driving force is that we think we still have something to say to the contemporary situation. Our first album, Martyrs Prayers, asked the question, "What would you die for?". It was our small attempt to speak musically about the issue of "cheap grace" as defined by one martyr in particular, Dietrich Bonhoeffer. On this album we decided to ask another question, "What if we still believed?". You see, we came to faith in a time when something authentic was happening. It wasn't programmed, it wasn't planned, but it was real. The theology was not deep or profound and there was much we needed to learn, but we believed, and that belief was translated into a movement that changed the Church, changed the style and substance of ministry, changed worship and changed music. In recent years we've seen much of that authenticity lost or, at the very least, diminished.

Michael: That's way too tough of a question! I can immediately think of The Beatles, Buffalo Springfield, Springsteen, Crosby, Stills and Nash or old friends that I've played with like Larry Norman or Phil Keaggy. If I had to choose one person, however, it would be Michael Hedges - he was transformative in his approach to playing an acoustic guitar. The four cities would have to be - San Salvador, El Salvador - The Spanish version of our video, Romero, was aired on every national TV station in the lead up to Oscar Romero's beatification. I'd love to sing his song at his tomb. New York City - where I spent a month at Union Theological Seminary and checked out live music in Greenwich Village every night I could. Amsterdam, The Netherlands - What can I say, I'm half Dutch. Santiago, Chili - Duane recently penned a moving set of lyrics that we have put to music honoring John Lennon and Victor Jara. (Jara was a poet, singer-songwriter and activist from Santiago murdered in 1973.) We've recorded a Spanish version to be released in Chili to honor his legacy.

Duane: I agree with Michael, this is too difficult! I would name all the people Michael mentioned and would probably add more to the list. If I had to choose one person, however, it would be Jackson Browne who, quite simply, is one of the most remarkable songwriters of our time. To write These Days as a teenager and Standing in the Breach on his last album, with everything else in between is remarkable. My four cities would be - New York City - I lived there for a time and it is the capital of the world! Cleveland, Ohio - It is the home of rock and roll. Paris, France - My favorite city on the planet. Indianapolis, Indiana - My home... and I could give all my friends backstage passes!