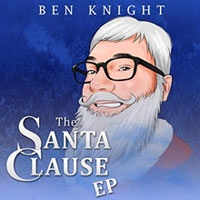 
Punk rocker turned nerd rapper Ben Knight has been staying pretty busy in releasing EPs full of geek culture rhymes from Star Trek and Star Wars, to Harry Potter, and even the Nintendo Entertainment System (NES). Knight's newest release is a short Christmas EP, entitled The Santa Clause. "But, Michael, you spelled Santa Claus wrong!" True, but when referencing the 1994 Tim Allen movie - in which Allen's character becomes Santa Claus after accident killing Old Saint Nick - the spelling is spot on. After a brief and comical "trailer" to introduce the EP to listeners, Ben starts with the title track. "The Santa Clause" is pretty much a play-by-play synopsis of the movie and reminisces over the most famous scenes. The next song tackles my personal favorite Christmas movie. "The Lament of Kevin McAllister" seemingly plays a bit off of a short featuring Macaulay Culkin called DRYVRS (episode 1) in which he plays the adult version of Kevin McCallister who is obviously angry and conflicted over the events of Home Alone. Knight takes a more psychological approach with Kevin struggling over the things he subjected Harry and Marv do in the house that night. This is a fun song for any fan of that Christmas classic. The final song, "Christmas in Whoville," is quite obviously a reference to The Grinch Who Stole Christmas. In this track, Ben raps about a Who-obsessed friend who wants nothing more than to join the Seuss fantasy world. On top of Knight taking us back to Whoville, he also reminds us all of reason for the season: "But hanging with Who's it won't be enough; She'll take the dumpit to Mount Crumpit; show the green guy who's tough. Because the reason for the season isn't all of the stuff; It's about the birth of Jesus and how He came to save us."

While there are plenty of nerdy Christmas things to rap about - like a horrid Star Wars Christmas special, for example - these three songs are what we get for now. Ben Knight's material is always fun and jumping into the worlds of these iconic Christmas films is certainly entertaining and nostalgic. Do yourself and favor: Check out The Santa Clause EP and then go sit down with your loved ones and re-watch these films for the hundredth time! 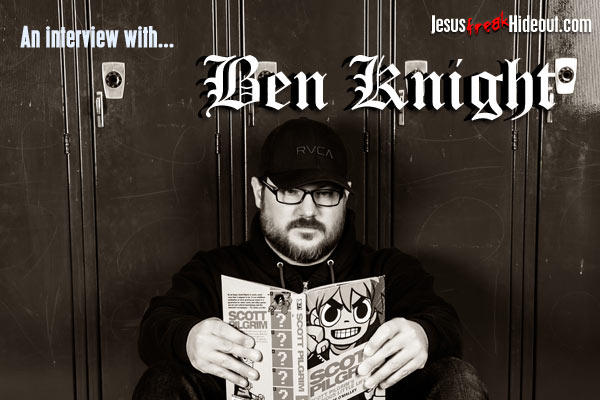 Ben Knight: I definitely have a little bit of "ooh something shiny," but honestly it was just a goof on myself. I actually had no intention of doing a Christmas album, but I kept getting emails about it, so I decided to do a last minute EP. I started it in mid October, so it's amazing I got it out in time. This will be my fourth EP and it's a little bit of an inside joke having to do with that fact. I've been asked a lot why I have only ever put out EP's and there's a very good explanation for it. However, it would take up a lot of column inches, so we'll save that for another time.

Ben: Yes. I released a single a couple years ago called "All I Ever Wanted." It's the story of Hermey the Elf from the original Rankin and Bass Rudolph the Red-Nosed Reindeer. As far as the process goes, it's definitely very similar. The only real difference is that I'm trying to take traditional Christmas themes and turn them on their heads. It can definitely be straight forward, but I love the idea of a different angle.

Ben: Honestly, we watch Christmas movies in my house every single day. My wife is queen of the Hallmark Christmas Movie. I reached out on social media and these were the top ideas pitched, so that was the draw. I've always had a special place in my heart for the 1966 Grinch movie. All the "appointment television" Christmas movies are my favorite. The idea that if you missed The Grinch, A Charlie Brown Christmas, Rudolph, then you missed it for a whole year. That made it special.

Ben: I actually had no idea what you were talking about. I had to look it up because I thought it was some weird tween acronym. I haven't seen it, but I'll have to check it out. No, "The Lament of Kevin McCallister" came from my three year old daughter. We were watching Home Alone 2 and she wouldn't go back to sleep, so she snuggled with us and watched the movie. After a couple minutes into the "booby trap" section of the movie, my daughter looked at me and said "daddy this movie is scary". I asked her why she thought it was scary and her reply was because "the kid is so mean to those guys". I thought it was funny that she saw Kevin (MaCaulay Culkin) as the villain, so I took that and ran with it. The idea of him having a question of character 20 years later was a fun perspective to write from.

Ben: My wife's obsession with the holidays was the main reason for this song. The conversation about having "Christmas In Whoville" has come up. However, there's definitely some fictitious elements to this song of course.

Ben: I am. 2019 is going to be a fun year and more music is definitely coming. I love writing music so much I can't seem to stop. It seems like every time I release something, there's a two-week window and then I have to start writing again. I feel like it's a necessity. I often go through a couple concepts per song before I settle on the one I want.

Ben: The biggest thing with this release that I would like people to know is that 50% of all sales of the EP go to The American Cancer Society. Cancer has affected my family, but because of God's Grace and some amazing physicians, they're all in remission. I wanted to help those who are struggling with this horrible disease and thought this would be a good way to do it. If you order a physical copy from Band Camp, you will also get the digital download free. Kind of a two-for-one deal. You can preorder it from iTunes and Amazon as well and then buy it on all other digital music sites on December 14th. Being a Christian Pop Culture Hip Hop Artist is definitely a lonely road to go down, but I really want to shine a light on the sub-genre. I will also be touring a little this year so that's exciting. Maybe playing a couple festivals and conferences as well. Definitely watch my social media for those announcements. Lastly, I want to thank anyone who supports me. There are no words to describe how much it means to me. It's everything.