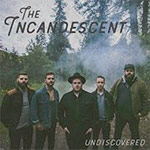 The Incandescent formed in 2010 as a local worship band, but it didn't take long for the guys to realize that that wasn't all they wanted to do. In fact, it was the very next year that they started putting the focus on becoming a national band. The band also saw a shift in genre. For their third independent EP, Undiscovered, The Incandescent almost seems like a different band than their older YouTube videos would let on.

Leaving behind the dry, pop rock-based worship music, The Incandescent has bloomed into a fairly solid indie rock & roll band. Their influences quickly become clear, as the band does borrow a lot from bands like Colony House and NEEDTOBREATHE, and I find this to have its pros and cons. Of course, if you're going to emulate some rock bands, these are fantastic choices, but parts of Undiscovered feel more like "we want to sound like them" rather than "we were influenced by them." It can be a little off-putting. The good news, though, is that, even with six years as a band under their collective belt, The Incandescent is still a rather young band with a lot more time to craft material that becomes more and more original as the years go by.

The opening track may be the highlight of the bunch. "Undiscovered" has an energetic rock sound that really reminds me of Slospeak Records artist Ravenhill. It's the most upbeat song on the EP and it truly serves as the best way to get things started. "Rambler" follows, bringing with it a calmer sound that vaguely reminds me of U2's hit, "Where the Streets Have No Name." The music sounds good here, but it's rather weak lyrically, especially the line "I'm a rambler in a west coast state of mind." I'm also not sure who all is referred to when they eventually start saying we're all ramblers; it doesn't seem like a fitting analogy for the whole of humanity. "Skylines" is one of the better songs, recalling the tenacity of a weathered Christian who keeps running toward the light when faced with so much opposition. It's an encouraging song, to say the very least. "Full Speed Ahead" is another rocker aimed at leaving the past behind. The chorus, "Full speed ahead, I'm running like an outlaw from the things that want me dead," is pretty clear, and they further the message to also include one's childhood days. Citing 1 Corinthians 13:11-12 on their website, the lyrics, "I buried my youth in a roadside grave" signal the need to grow up and leave childish things in the past. Undiscovered ends on a solid note with "Home." An acoustic based ballad, "Home" is about the glorious return home after a long journey. Just as well as they began the EP, The Incandescent also found the perfect song to end it.

It's easy to get lost in the ocean of independent music. Even if you sort out every band by genre, you still have a lot to wade through before you're likely to find greatness. But while you're treading through the waves of indie rock & roll, take a moment to give The Incandescent a chance. They're heading in a good direction and I wouldn't be surprised to hear more from them in the future, but on a larger scale. For any inquiring fans, their Undiscovered EP is the perfect place to start listening. 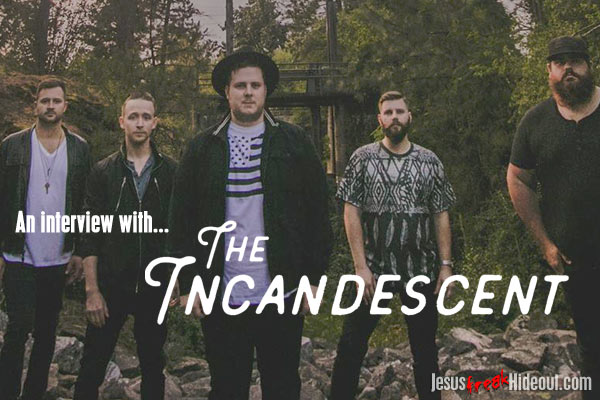 Andrew McArdle: The name came from studying references to "light" in the Bible. While doing research, I read an article about Thomas Edison, who kind of brought the word "incandescent" into the mainstream. His definition was To emit light by being heated within, as it related to his invention of the light bulb. I thought that it was such a great analogy for what being a Christian and a worship leader should look like and we took it as the band name!

Ryan Armstrong: We all have extensive backgrounds in worship music. Most of us got involved with it early on in our careers. Our heart has always been to reach people through music, which started with writing worship tunes. We kind of took a natural progression into a different style of writing as we sought to meet people exactly where they are.

Collin Johnson: We still do play some of the old songs in the live show. But theyve been re-imagined a little bit musically to fit better with what were releasing now.

Andrew: We travel and play a lot throughout the year. The types of shows and the length of time were gone are getting bigger as the band grows. I think the largest tour weve been a part of was the Crowder run this past spring.

Andrew: Where the Light Shines Through - Switchfoot

Collin: Born For This - Royal Deluxe

Collin: Were currently putting the final touches on a live record we recorded earlier this year. We also have a handful of events to travel to before the year wraps up. Then after the holidays, were headed into the studio to produce our first full-length album!

We also dream about doing ministry through music full-time! We all want to travel the globe playing these and future songs and to share the hope that we have in Christ in an authentic way!

Andrew: Been spending a lot of time being challenged in Romans haha. I've also been studying Revelation quite a bit lately.

Andrew: Yeah! In keeping with connection, wed like to invite the readers to connect with us online! We manage our own web presence, so wed love to meet and hang out with yall online.

Zach: Were really excited about where we see the Lord leading the band and cant wait to see what's next!