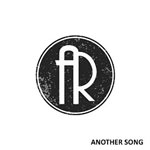 If you turn on some CCM radio right now, there's a good chance that you will hear the same music that was playing about 10 years ago. And if by chance you have a station that plays songs that were recently released, more than likely they resemble a mainstream song that was playing about 4 years ago. To say that popular Christian music lives in a different time zone of relevancy would be a gross understatement. Entering the Christian music stream are indie newcomers Avery Road, with their latest album, Another Song. Beginning the album with a pop-country toe thumper is the title track. It's not overly energetic, but the direction of the album is very clear; encouraging, mid-tempo, musical chicken noodle soup for the soul. "Your Dreams," "The Truth" and "Let It Out" feature a lot heavier guitar, but still have a feeling of restraint. This may be because the vocals are extremely CCM radio-friendly. Songs like "Went Too Far," "She Knows" and "I'm Still Here" showcase the softer sound of the band and are truly major highlights. However, a special note should be made regarding "She Knows," as it is clearly a pro-life song. While the goal may have been to not be "too preachy," the topic is so raw that no matter how it is heard, many will only be able to hear it with the opposite intent. But I commend the band on their effort for this track; in a politically charged society, it takes a lot of guts to write a song that is so blunt. The album concludes with the lovely "Growin' Up Together." I can honestly say that if the album were made up of more songs like this, it would be one of the best indie releases. Musically, it resembles the laid back country/blues music that made up John Mayer's Continuum album; this sound truly makes the band shine. At the end of the day, Avery Road is a solid group of guys that are making heartfelt music that is produced extremely well with excellent musicianship and vocal quality. Having said that, it sounds like something and/or someone we already know too well. Without a doubt, there are some CCM and general Christian country appeal, but as a reviewer, I'm obligated to say that this album sounds overly familiar and mostly absent of originality. Nevertheless, there will be some listeners who absolutely love this album; they'll buy it for themselves, for their neighbors, for strangers. They will faithfully evangelize their communities in the name of Avery Road. And if you keep that in mind, the band should be proud of their endeavor. - Review date: 5/14/16, written by Ryan Barbee of Jesusfreakhideout.com 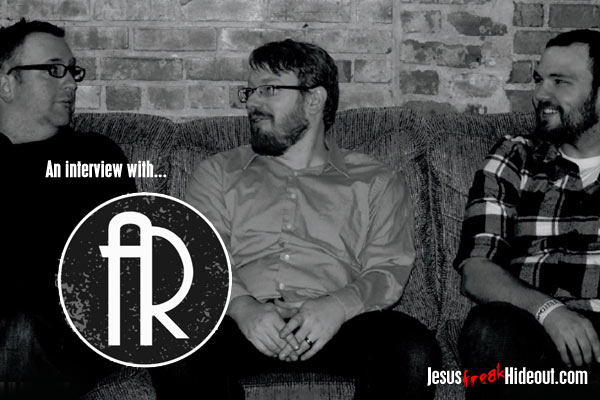 Avery Road: The guys wanted a name that conveyed a sense of the heartland. They're both normal everyday guys and wanted something that everyone could relate to, like a place name or something that spoke of middle America and the values that it represents. They traded names one evening, most of which were hilariously crazy, but "something lane" or "something road" or "something county" seemed to be right. After narrowing that down, several places and road names were discussed to no avail. Suddenly, "Avery" was interjected and it was no small suggestion. Tim and his wife Amanda suffered what no parent ever wants to several years ago. They lost their first baby born to them. Avery only lived a short time and then passed into the arms of Jesus. He got them through that terrible trial of their faith and also gave them hope and another blessing in the birth of their daughter, Everly. God taking something hopeless and dreary and bringing something good out of it. That's the inspiration behind Avery Road, and it's also a way to keep the memory alive of their first daughter.

Jason could relate to the name in a different way. His life had been about singing, writing, and ministering for as long as he could remember. He knew it could be coming to an end and was prepared to lay it down and did for a season to seek the Lord's direction.....prepared not to take it up again. God brought a new beginning in the form of this band called Avery Road. Avery Road represents the faithfulness of God even when it looks bleak and hopeless. God is the God of broken people and difficult situations. He takes us from one place to another in mercy, grace, and divine help that must be experienced before one can understand.

Jesus is the friend that "sticks closer than a brother". He knows our trials and is there to help, sustain, and carry us through every one. "Many are the afflictions of the righteous but the Lord delivers them out of them all"

Avery Road: This is a tough one! We had to stop at these! Steven Curtis Chapman, Garth Brooks, The Wallflowers, Jason Isbell, Andrew Peterson, The Crabb Family, Caedmons Call, Third Day, Toad the Wet Sprocket, FFH, Eric Church, The Eagles.

Avery Road: "She Knows," as far as its impact thus far on our audience. With the video and it being the first single to radio, it has been hands-down. For us, probably the song we have been most impacted personally is the song "Too Far." The way the lyrics talk about what Jesus did in direct parallel to what we do and the fact that His grace is greater then even our worst days is paramount to our ministry and our message as a band.

Avery Road: As a band, it was our second record but we spent much more time and energy and frankly money on getting this together. We recorded in Woodruff, South Carolina at studio 101, which is owned by Brad Phillips. He's a great engineer. We had a guy named Jeremy Medkiff produce this with us. He is a guitar virtuoso and your typical studio musician that rarely ever makes a mistake that you just sit watching in awe of their talent. He used to work out of Nashville and has played on all kinds of records. What started as a single song recording quickly turned into the new Avery Road record. We were just recording the pro-life song she knows and it was obvious that we had hit upon a great combination and the album was born over several months of work. Tim, who plays keys and electric guitar and sings in Avery Road is a sound engineer by trade and owns a studio in Virginia, and he actually cut all the vocals and mixed everything and did a superb job in his studio.

Avery Road: Talking with Jesus freak Hideout about a new record! ;) In all honesty, wherever God wants us to be. We do know that He put this together, and in concerts He's touching lives through the stories of the songs and the music that we're putting out. People are coming to know Jesus and the story behind Avery Road's name has really touched a lot of people. There is an excitement behind this music. It's kind of unique in that it's not straight Christian pop but it definitely has some modern country/Southern influence and there's not many people doing the kind of music that we're doing. We would love to be playing concerts in larger venues and touring nationally and seeing more and more people being touched by God through the music. And the interview with JFH. ;)

Avery Road: Well, first of all, an E-150 van would be an upgrade from our current ride, which is a Honda Odyssey that we have packed solid from back to front. If we are just choosing the band that we would like to go on tour with that would be several suggestions. If we had to narrow it down it would probably be something like Casting Crowns, Steven Curtis Chapman, and us. Another idea would be for the Crabb Family and FFH to tour again and us open for them. If we were really dreaming it would be great to be able to open up for Carrie Underwood or Little Big Town in a 15 minute slot. I know this is a politicians answer because we gave you three answers to the same question but it is the political season and we want to make interviews great again. Especially since we have a HUUUGE E-150 van to ride in. God bless, ya'll.