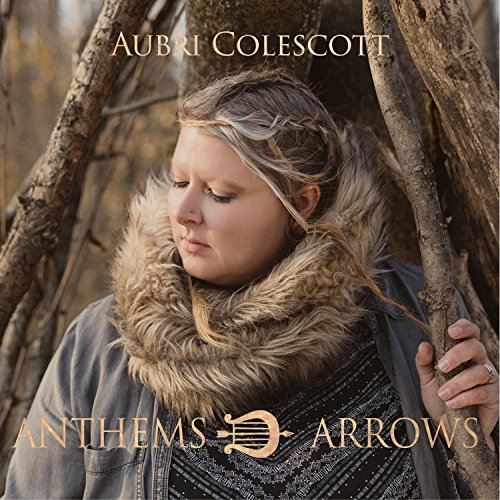 Anthems & Arrows is the debut album from singer/songwriter and local church worship leader Aubri Colescott. Armed with a strong backing band and a handful of original songs, Colescott's offering shows that she could one day handle the life of a nationally signed artist. There are a couple of cover songs and hymns tucked away in the tracklist, such as "In Christ Alone" and "Do It Again," but I really appreciate that most of the songs are originals. It shows that Colescott is more than just a voice, but that she can also "sing unto the Lord a new song." One of the best examples of this comes in the song "Taste and See," which, somewhat ironically, is an original that also contains a hymn at the end. While my preference lies with the acoustic version at the end of the album, both versions are upbeat, organic pop songs with a terrific message about our Savior's love ("Taste and see He is good, come take refuge in His love, be in awe of His power 'cause He is all we need, in Him we will lack no good thing"). Though this is a sure highlight of the album, it also does show the listener a potential area for improvement. Colescott has a strong voice, bearing a slight resemblance to singers like Adele and Lauren Daigle, but her register doesn't seem to allow for how high or how low she likes to sing on occasion. When we get to the doxology at the end of "Taste and See," it almost sounds like she's straining to hit some of those higher notes, and it's a bit distracting. However, Colescott's voice really shines in the rest of the song, as well as other tracks like the catchy "Never Gonna Stop Singing" and the tender ballad "Desperate." All in all, Anthems & Arrows shows great potential for Aubri Colescott. I wouldn't be surprised to hear her name a bit more often in the coming years. - Review date: 4/20/17, written by Scott Fryberger of Jesusfreakhideout.com