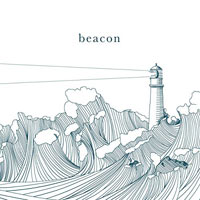 Him + Her Worship
Beacon EP


What started as a small endeavor performing their songs at various churches has become a full-time ministry for Seth and Jenna Herlich. In the past year, the Herlichs have been spending their time worshiping the Lord and helping usher those they meet into the throne room of God. Now the duo, going by the name Him + Her Worship, have taken the next step and recorded a few of their original songs for their debut EP, Beacon. Seth and Jenna both prove to be competent and passionate musicians and vocalists as they earnestly humble themselves and glorify the King of Kings with their brand of singer-songwriter/indie folk. Artists like the Herlichs are often criticized for their lack of creativity; while Beacon doesn't take a lot of risks in its musical approach, taking cues from bands like Bethel and occasionally the softer side of Third Day ("All Along," for instance), it doesn't really need to, as the songs are engaging on their own. That being said, the EP could have been a bit stronger without the live studio performance of their song, "Here We Are Again." It's not a bad song, but I'm not sure that it warrants being almost six and a half minutes long. "All Alone" would have been a better closing track. Beacon is a testament to the talent and heart of Seth and Jenna Herlich. Make sure to give it a listen and keep an eye and ear out for more Him + Her Worship, because it's sure to please.
- Review date: 7/30/19, written by Scott Fryberger of Jesusfreakhideout.com