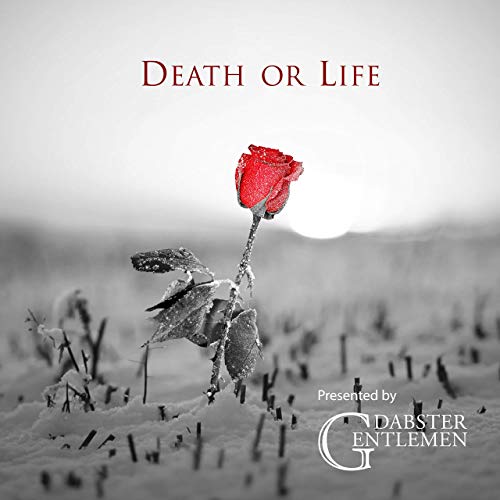 
In the 1980s, the rock music scene was dominated by a style of music affectionately known as hair metal. The genres reign even reached into Christian music, where you could find bands like Stryper, Whitecross, Petra, and Bride. Of course, Stryper is still active, and Bride releases new music from time to time, but the frontman of the latter, Dale Thompson, is also taking on a new venture in the form of Dabster Gentlemen. With the bands debut album, Death or Life, Dabster Gentlemen is a far cry from the hair metal sound you might know Thompson for, as the project dives more into an eclectic world music sound. The vocals are unmistakable, but the music is comprised of an assortment of acoustic guitars, mandolins, organs, piano, and even the occasional trumpet, with some quiet bass and percussion to round it out. It's impossible to nail down a specific genre, because its actually a very diverse listen; while songs like Animals and The Beat Rolls On have some acoustic rock sensibilities, and Gods Cemetery could almost be mistaken for a Bride ballad, the album also dabbles in jazz, flamenco, country gospel, and folk. The musicianship is strong and the variety of sounds work really well together; I would probably very much enjoy listening to an instrumental version of this album. However, the mix of the music and Thompsons particular style of vocals doesnt work quite as well. Hair metal vocals sound fine in the context of loud, powerful arena rock, but they dont necessarily mix well with other musical styles (except, perhaps, the power ballad). This is especially true when those vocals seem to be a little over-exaggerated, which usually doesnt complement the instrumentation of this album. These Dabster Gentlemen are supremely talented and undoubtedly much more creative than this reviewer, but Death or Life might be too experimental to be appealing to anyone outside of a small, niche market.
- Review date: 2/7/19, written by Scott Fryberger of Jesusfreakhideout.com