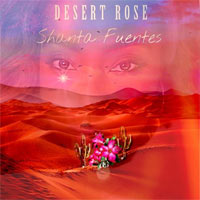 
Shanta Fuentes is a pop singer bringing a faith-based approach to her lyrics. Shanta has been performing since she was six-years-old, attended performing arts academies growing up, and has even been nominated for an L.A. Music Award since being discovered at the age of sixteen. After starting a family and stepping away from music, Shanta rededicated her life to Christ and felt Him calling her back to music once again in 2016. She released her first single ("In a New Way") in 2017 and now her debut EP, Desert Rose (featuring six songs), is here. Pop is the easiest bubble to put her music into, but there are definitely R&B, EDM ("Kairos Season"), and even CCM ("Love Like This") influences that come through as well. The biggest R&B influence likely comes through in the L. David featured "Freedom," but can be heard strongly throughout the entire EP. The two lead singles, "Lenses" and "Love Like This," jump out as the top tracks here and were excellent choices to introduce her and the new EP. Lyrically, Shanta is bold in her message of Christ. "Lenses," in particular, is good at showing the love of Christ despite struggles. Shanta sings, "Jesus please just save me from myself; I need You to regulate my vision," "No filter can cover Your truth," and "I know it's going to be alright" as she talks about seeing things through the lens of Jesus. This one is easily my favorite listen on Desert Rose. The EP offers up a popular sound with solid production and Shanta's strong voice. You really can't go wrong with this EP if this is the vibe you're into musically. Overall, the Desert Rose EP is an enjoyable listen. Fans of artists like V. Rose, Mandisa, and even Out of Eden -- if you're looking for a throwback artist for comparison -- should find plenty to enjoy when listening to Shanta Fuentes. If you're a pop and/or R&B fan, give Desert Rose EP a listen.
- Review date: 8/13/20, written by Michael Weaver of Jesusfreakhideout.com

Shanta Williams-Fuentes is a pop singer from Brooklyn, New York City with a crystal clear voice and faith-based pop leanings. After a hiatus from music to start a family, she returns with an EP of six original songs titled Desert Rose. These songs are carried by her undeniably top notch vocal talent, and range from straight forward pop, to R&B, and flourishes of gospel, musically. Overall, while her voice is strong and reminiscent in tone and timbre with Lisa Kimmey Winans of Out of Eden fame, the lyrical ideas and musical palate are a bit too familiar. However, though the six tunes largely blend in with her contemporaries, there are two here that standout as reasons to be excited about future music from Fuentes. Those would be "Lenses" and "Love Like This," which were dropped in advance of the EP's release. "Lenses" specifically, stands out as the best song with a memorable R&B hook, as well as "Freedom" which features a guest rap from L. David, adding a dose of musical diversity. Ultimately, this is a small taste of what I think will be much higher heights of music to come from Shanta Fuentes. This one could be a good listen for current fans of Riley Clemmons, Hollyn, Tauren Wells, and Mandisa. - Review date: 8/8/20, Josh Balogh of Jesusfreakhideout.com 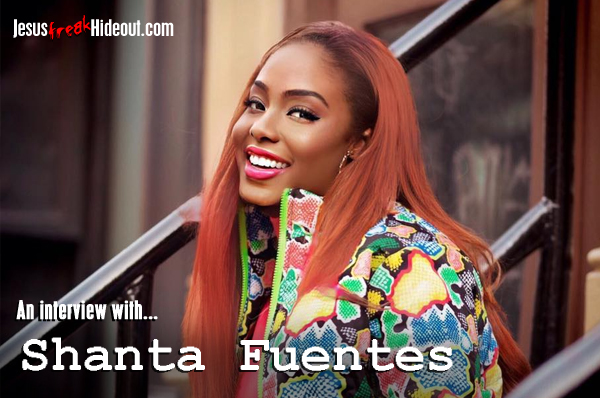 Shanta Fuentes: When I stopped doing music a few years ago, it was initially because I felt greatly hurt and disappointed by what I experienced with people in the Music Industry. I did not truly know God and who I was in Christ. I figured that starting a family was all I had left and the only other thing that would bring joy, purpose and meaning into my. I actually did not miss music. The passion and desire was gone. Whenever I attempted to write a song , it was like I had "writer's block ". I did not play keyboard, I did not sing. I was just numb to all things creative. Then on New Years Day of 2016 I rededicated my life to Jesus. I started attending church again. That Summer after attending a William McDowell concert, I sensed the call very strongly for me to go into ministry through music. I start writing and singing again. All the passion and creativity came back to me. It was an amazing experience.

Shanta: In 2017, I released my first single independently, entitled "In a New Way." It was a phenomenal accomplishment for me personally. However, during the course of the 2 years from that single being released to late 2019 I was in Management contracts and pressing family matters that hindered my progress in music and ministry. But Breakthrough came in January of 2020.

Shanta: I'm so glad you asked this question! The Desert is symbolic to stagnation, lack, barrenness and struggle. As we often hear ministers refer to hard times as a "dry season", "wilderness", "the valley". Yet there are certain species of animals and plants that thrive in this harsh environment. That's so powerful and beautiful to me. Then I discovered the Desert Rose plant. So beautiful and strong , blooming amid adversity and overcoming it. I saw myself in this truth. I saw my life in this and I saw God in this.

Shanta: Wow, I love that "Lenses" is your favorite song. It's the song that got this EP going for me. Once again I was at a turning point in my life where I needed to hear from God. I was uncertain about so much and I asked God for fresh revelation and open doors for me. Then along came the idea for the song. When I first heard the production I instantly felt inspired and emotionally connected to it. It was like the instrumentation was ministering to me. I began to write lyrics about what I was feeling and experiencing at the time, while declaring by faith that better days are ahead.

Shanta: William McDowell's music and ministry really touches my heart and played a big role in me coming to Christ. I also like Francesca Battistelli, V. Rose and all the Hillsong groups. I am also really inspired by Kanye West's "Jesus is King" album and "Sunday Service Choir". I would love to work with Kanye West on a project.

Shanta: I'm thankful that my family and I are alive and in good health. I pray for those who lost loved ones and for all the negative impacts of this crisis. I would love to go on tour, when it's safe to do so. I don't have anything planned as yet, but I believe in the near future God willing.

Shanta: God has been teaching me not to doubt him, in spite of how look and feel. His timing is perfect.