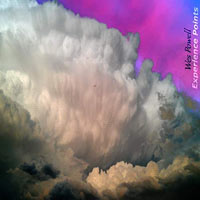 
It's no secret that modern worship music can be a bit lacking in creativity. That's not to say that there aren't creative artists making worship music, but it seems to be more the exception than the rule. One independent artist from Layton, Utah is also trying his hand at making music for the Lord without falling into stagnancy. That artist's name is Wes Powell, and his album Experience Points is full of genuine praise music that, musically speaking, leaves you guessing from one track to the next. Powell's spectrum is wide open, with songs ranging from piano ballads (the humble and reverent "Deliver Me") to classic contemporary praise ("Free Indeed") to pop rock ("I'll Come For You"). On the more "unexpected" side, "How Good God Is" has some calypso influence in the guitar tones and the brass, and something about the melody of "Black and Blood" reminds me of Bon Jovi (though I can't really figure out what it is). There are even electronic and very subtle hard rock influences ("Don't Let Me Go" sounds like it's about to explode into a Skillet-esque rocker at any second). This song also serves as a good example of something Experience Points could've possibly done a little better. At times, it feels like the songs are being held back. "Don't Let Me Go" has this dark and brooding synth sound throughout, but in the background, there's this constant, impending hard rock riff. It honestly sounds like it's going to get loud and raucous, perhaps during the bridge, but it never really picks up. Other songs, like "Run" and "Heads Up," feel like they could have benefited from some additional instrumentation to fill them out a little more. But any flaws on the album are nothing that a professional producer wouldn't be able to solve. Despite these issues, Powell really shows his creative side with these songs. I like that the songs are all very different but, for the most part, still sound like they fit together. On top of that, the Lord is glorified and His Gospel is preached. Experience Points isn't a perfect album, but it's a good start. It's available now, so give it a spin and see what you think.
- Review date: 4/10/19, written by Scott Fryberger of Jesusfreakhideout.com