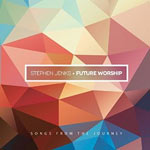 Contemporary worship music is a beast that has yet to be tamed - which can be amazing. It's not held to a particular genre or style but is held together by a clear desire to glorify God through song. Music veteran Stephen Jenks, of the group Eagles' Wings, is offering up his own solo album, Future Worship, with the hope to sonically call listeners to worship in spirit and in truth. The album opens with the lackluster "Ransomed." Musically, it feels very choppy and empty. In addition, the vocals seem to drown out the instruments, with the only exception being the cymbals. Nevertheless, the foundation of the album is set with a gospel and rhythm & blues undertone. This style is carried on wonderfully with "Morning Star," "I Want You (More Than I Want,)" and "God is Light." Unfortunately, the title track completely derails from the tone that is set by its predecessors as it places a heavy emphasis on dubstep. This track might have been an excellent fit if it were on a different album, because it is so obtuse with the rest of the record. While there is a return of synths in "March On (Remix)," it at least retains its gospel roots. However, the true gem of the album is "Mystery & Majesty," as it contains a simple yet gorgeous piano solo that accompanies the vocals brilliantly. The album concludes with the theatrical song of prayer, "Zion's Call." The music is beautiful and would be a good fit for any church looking for a song to conclude an Easter Cantata. Overall, Future Worship has some shining moments, but they are balanced with an equal amount of flaws. Many of the issues could have been handled in the production of the album - mainly in the overpowering vocals and the disjointed genre-potluck. Stephen Jenks truly is a talented vocalist and is united with a top-notch band, but a defined musical direction would have made this album more effective. Regardless, it's obvious that his heart is to call people to glorify and worship Jesus in spirit and in truth; he most definitely has much more to sing. - Review date: 7/29/15, written by Ryan Barbee of Jesusfreakhideout.com 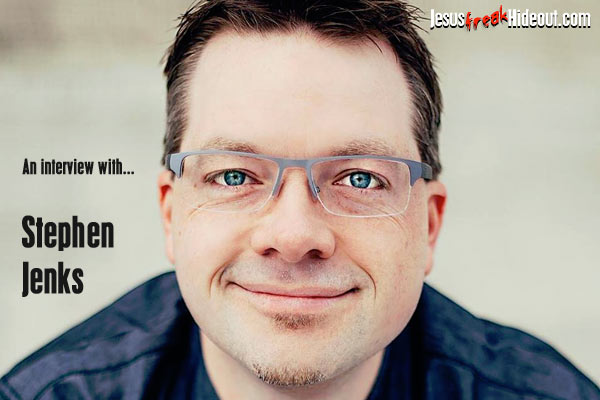 Stephen Jenks: I have been privileged to serve with Eagles' Wings for the last 18 years. I came out of college and joined what I thought would be a summer worship internship. That summer changed my life as we minstered in churches and events across the east coast. I saw the heart of the founder Robert Stearns to see the Body of Christ strengthened and equipped, and so many of the values that he was passionate about, like authentic spirituality and intentional relationship, were exactly the same in my heart. Needless to say, I stayed on with Eagles' Wings and had a chance to travel, speak and lead worship across America and in nations around the world. It is amazing seeing how believers around the world with different music styles still express the same heart of worship.

Stephen: The album title comes from a track I wrote based on spontaneous song that came to me during a worship service several years ago. The chorus is "Eternity in time and space, eternity come fill this place, eternity and amazing grace, this is future worship." The idea being that worship is the place where eternity and earth come together. Every time we worship, we have a chance to join with elders, angels and saints in giving glory to God, so in worship we participate in the "future" now!

Stephen: Thanks, glad you like it. I worked with our designer at "seedsprout.consulting" to communicate both this sense of something fresh and "future" and also the sense of the multi-faceted character of God. This album includes music in a lot of different genres from rock, to electronic dance music, to choirs singing in Latin, to a R&B ballad. The multi-colored, multi-faceted graphic captures that diversity of sounds and themes.

Stephen: I love what we captured on "Future Worship." Bringing together the sounds of the EDM (electronic dance music) genre and blending it with scripture-based worshipful lyrics was so much fun. Most importantly, I think that song really speaks deep truth in the midst of it all.

Stephen: These songs were written, literally over 10 years. Most of these came during my private worship times with God, where I just sit at the piano and pour my heart out to Him. Some of these songs, like "March On," were birthed in a moment in the midst of a service, while others like "Zion's Call" came over time as I prayed, read the scriptures and listened for how this story of God's faithfulness could be communicated. You can read about the birth of each of these songs on my website stephenjenksmusic.com.

Stephen: This is terrible, but I rarely listen to other music. My wife thinks I am weird but I really don't. Lately, I have been listening to this great worship team from a ministry in New Jersey called "Resting Place." The album is called "There Must Be More" and the songwriting is superb and the production is tight. The one song the lead singer wrote, "Shining," is just incredible.

Stephen: I love the city of Jerusalem and nation of Israel. I would probably go back there for sure. It is something special to worship where King David and Jesus did! Also, I would love to go to New Zealand. Ever since I did a year-long research project in college on the music of the native Maori people, I have always wanted to go there.