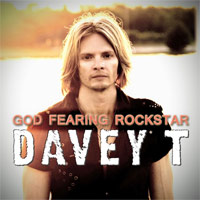 
While some artists write songs for fame and glory, and others do it to make a living, some do it for the sheer love of just doing it. Thats what Davey T Hamilton does, and in 2020, its led him to his newest project, God Fearing Rockstar, an album full of what he affectionately calls pop-grass and posi-rock. More technically speaking, Hamilton's sound is a rather common mix of southern rock and country. On top of that, Hamiltons voice sounds very influenced by 80s hair metal vocalists. This combination results in tracks like Strong Winds and Better Life, which really remind me of mid- to late-career Bon Jovi. There also seems to be some Leona Lewis influence as well, unexpectedly enough, as the verses of Gonna Praise You borrow the melody of the verses of the hit Bleeding Love. Lewis song is decidedly non-country, but Hamilton does well in transitioning the melody into a new genre. He also does a great job of building up the listener and bringing praise to God's name, which is where the posi-rock label comes in. In Man I Am, Hamilton gives the credit to God, singing So I am the man I am because You were the man You were. Similarly, Gonna Praise You is his simple offering of praise for changing his life: I looked around everywhere but I couldnt find / simple satisfaction and peace of mind / I was going crazy, running round in circles / then You came along like a thief in the night / and You stole my heart with Your love and Your light / now theres only one thing left to do / Im gonna praise You. The album isnt afraid to question things, like in Hey God and We Wanna Believe, but the majority of the album is spent on thankfulness and joy. God Fearing Rockstar is not an album that breaks ground or that attempts to redefine any genres; its just an album of gratitude from a man who has been changed by the love of Jesus.
- Review date: 8/1/20, written by Scott Fryberger of Jesusfreakhideout.com