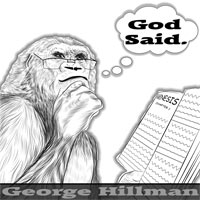 
Music runs in the blood of singer/songwriter George Hillman; he grew up in a musical family, has owned and operated his own recording studio since the late '80s, and has even opened for the likes of Crystal Lewis. Hillman's first and only studio album, Walls of Freedom, was released in 1994, but in 2014, he started releasing singles, with his tenth single landing in 2021. Titled "God Said," the song is an upbeat, jazzy, classic rhythm and blues song that simply calls the listener to believe and trust in the Lord. In fact, "simple" is a great descriptor for the lyrics; while the Gospel definitely doesn't need to be dressed up to be effective, the lyrics here are very basic ("Thank God for His goodness and tender mercies toward us / He'll forgive if we ask Him, for our God cares for us...hear what God says, come walk in the light / and you'll have in you eternal life"). At times, the song almost seems needlessly antagonistic toward non-believers, such as the prickly first verse, which says, "Some believe in monkeys, some in the sky / some believe in nothing, at least until they die." The song's few strengths lie more in the musical and vocal aspects; stylistically, I'm reminded of exceptional artists like Lionel Richie and Stevie Wonder, except with far less organic instrumentation (in fact, it sounds like it's all coming from the same keyboard). The individual components, from the synth to the bass to the piano, are all interesting to me. Sadly, they're all layered on top of each other in the chorus, and it sounds mildly chaotic. It's pretty easy to hear that Hillman is a talented musician and singer, but, unfortunately, the overall product that is "God Said" probably isn't the best example of that.
- Review date: 2/23/21, written by Scott Fryberger of Jesusfreakhideout.com 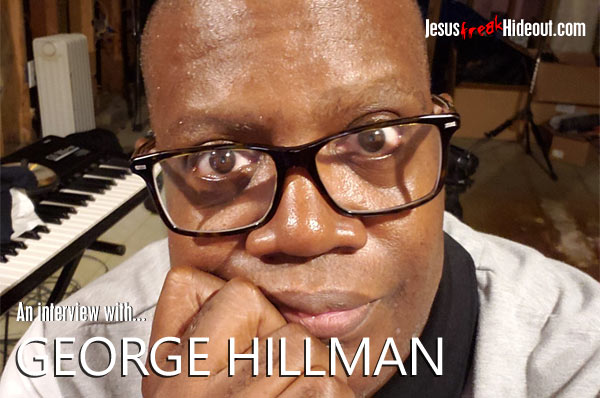 George Tillman: So I had a friend who I recorded and played in bands with who disappeared from the scene. At that time I was in full pursuit of making it in the music business. I hadn't seen him in maybe a year - in fact I didn't even notice he wasn't around until he called me asking about a piece of music gear he wanted to purchase (I worked at the time in New York City at the famous Manny's Music on "music row"). I did him a favor and purchased the equipment and arranged to meet him at my apartment where he could pay me and pick it up. When he arrived he was very nervous and acting weird. I literally sat him down and forced him to tell me what was up. He reluctantly responded by telling me he's now a born-again Christian. After poking fun and laughing, I made him sit down and tell me what happened, figuring I'd set him straight. Out of concern I agreed to go to church with him so I could see what kind of cult he's hooked up with.

Little did I know that this was God's appointment. That Sunday, the pastor preached from Matthew chapter 16 I don't remember much of what else was said but he read Jesus' words "...For whoever wants to save their life will lose it, but whoever loses their life for me will find it. What good will it be for someone to gain the whole world, yet forfeit their soul? Or what can anyone give in exchange for their soul?..." that's when the Lord began to speak to me. I wasn't a bad guy and drank and did drugs very moderately. My issue was wanting to be wealthy and successful at EVERY cost - costing me friends, family, stability, responsibility... I never considered that I was lost spiritually. I figured that because I wasn't a serial killer or addict that I was good enough for heaven. I realized for the first time that pursuit of spiritual things matters more than the pursuit of earthly things and that going to heaven is not predicated on "good" but on "God". I gave my life to the Lord that day and never looked back.

George: Most are Indie artists.

George: Thanks to technology, the "market" seems to favor singles rather than EP's and albums. That's the way people consume music these days. My personal reason however is that being a pastor for the last 21 years (until August 2020) has demanded my attention more than recording. These days I'm completing songs and recordings that have been unfinished for years and releasing them. I've also begun to write again so there may well be an album at some point in 2021.

George: Yes, my planned release schedule is one about every 4-6 weeks - prayerfully :-)

George: My musical influences while growing up are from the 70's and 80's. It was a time when music was less "segregated" in that black artists had rock and pop songs, white artists had R&B and soul songs, listeners didn't really care and artists seemed to just do what felt good. Though I had my favorites growing up I feel as though my music is more a reflection of the era. One of my laments is that Christian music is musically segregated as well. There is a diversity of people which is good, but musically it seems there are but a few containers that Christian artists must fit into. That's why I love the word of independent music. In this world there are artists just doing what feels good, and doing it while glorifying God!

George: This song, like most of mine, came out of this soundtrack that's always playing in my head. Sometimes when I'm still, a song just comes. I've had dreams with songs. Other times, a song or lyric gets triggered through something someone says or something I see or read. The lyrics however are me thinking out loud about creation science - why is it always so complex? If a child asks you why the sky is blue most of the time they are perfectly satisfied if you simply say "because God made it that way". The song is my three minute creation science seminar!

George: Just that I'm blessed to have this opportunity to share my music and thoughts on Jesus Freak Hideout! Thank you!