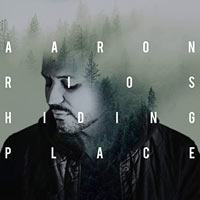 
Pastor and musician Aaron Rios debut EP, Hiding Place, is an eclectic mixture of the electric guitar moments of early Michael Gungor Band, the theatrics of Israel Houghton, and a sprinkling of Deitrick Haddon's soaring vocals. You Alone Reign is the biggest standout of the four songs, with its genre mash-up of 2000s-era gospel, worship, and a few dashes of hip-hop thrown in for good measure. The vocal-shredding yelp in the latter half of King of Glory is achingly-passionate and the most interesting moment of the song. However, the song ultimately treads a little too closely in melody and lyrics to a previously released praise chorus written by Donna Atkins titled, Glorify Your Name. This may or may not have been intentional due to the limited amount of chord progressions available to any songwriter, but it ultimately left this reviewer distracted. More of You is a smooth listen, aided by a vocal assist from Leah Thibodeau. While closer Hiding Place and its ambient beginning is pleasant, it - and the two songs preceding it - falls short of the heights of You Alone Reign. This is primarily due to song length and lyrical repetitiveness, with some of the lyrics falling prey to cliché. Hiding Place does come closest with its slow-burn build, and electric guitar flourishes making for a peaceful and encouraging close to the album. Overall, Aaron shows enough flashes to have high hopes of future releases. One would think that the recordings may lose a bit in translation with the live versions packing a more dynamic punch. Ultimately, with his velvety vocals and passionate desire to usher listeners into praise and worship, Rios is off to a good start with Hiding Place being a solid launching pad for additional music.
- Review date: 4/27/20, Josh Balogh of Jesusfreakhideout.com