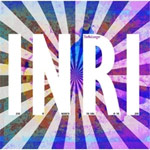 The No Longer
INRI

Concept albums are ambitious - but to create a rock opera? Insane! Indie band The No Longer has decided to embrace the challenge and they do so with extreme vigor with their release, INRI. The album is the story of Christ through progressive and theatrical song. From the eerie "Prologue" to the "Finale," it is something very fresh and special. Listeners may be intrigued by songs like, "Wake Up, Lazarus" with its catchy gang vocals, and the folksy "We Are Not Far from the Kingdom." The music varies song by song with elements of Americana, alternative, pop, and folk - which can get slightly confusing, but these changes make the listen interesting. Lyrically, each song blatantly continues the narrative, so with that in mind, it feels more like a story with music than just the average album. The only true downside of the album is re-playability; the heavy story element makes each song strong together but not really apart from each other. It is clearly a production of sorts and it would be very interesting to see it develop into a stage musical. Regardless, fans of Rend Collective and Edward Sharpe and the Magnetic Zeroes might find something very appealing with this album. In addition, churches looking for something to possibly incorporate into future Easter cantatas may find something appealing with this release. The No Longer took on an ambitious project, and in the end, it can be said that they accomplished their goal. - Review date: 4/22/14, written by Ryan Barbee of Jesusfreakhideout.com