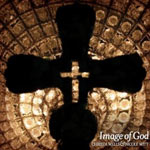 Christa Wells and Nicole Witt are two singer/songwriters who have spent most of their music career writing songs for other artists, such as Rodney Atkins, Point of Grace and Natalie Grant (Christa Wells actually wrote Grant's mega popular song "Held"). With some solo work also under their belts, they've shown they can hold their own. In late 2011, the two got together to record a short EP entitled Image of God. The duo's sound consists of a little bit of folk (most notably in the EP's highlight "Set Free," which bears a Tal & Acacia resemblance), and some somber piano pop the likes of, but still very noticeably different than, Adele. In fact, "Lay Us Low" could be a distant cousin of Adele's "Someone Like You." These ladies work well together to create thoughtful pop music that doesn't necessarily sound like radio music. At the same time, there is a good dose of contemporary music in the mix that gives it more appeal for the crowd who doesn't usually stray too far from their contemporary playlists. The title track could easily be used for a Sunday morning special performance, or something of the sort (maybe even as one of the worship songs, but given its stripped down nature, the former would be more likely). Speaking of the quietness of "Image of God," I'm not sure putting it at the start of the EP was the best move. I feel like "Set Free" may have been a better song to start things off with, using "Image of God" closer to the end as we're winding down. These five songs are designed to worship God and to encourage the listener. Lyrically and melodically, it's clear that originality is not their strong suit, as a lot of what they offer seems like they weren't aiming for uniqueness. However, I do like the humility presented in the chorus of "Lay Us Low," which says "So take us down and lay us low, leave ashes in place of gold, lifegiver, sustainer, let nothing remain of our pride." Critiques aside, Image of God isn't bad; fans of contemporary pop music should look this one up. - Review date: 5/8/12, written by Scott Fryberger of Jesusfreakhideout.com