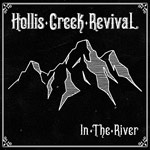 Hollis Creek Revival
In The River

Hollis Creek Revival is an indie band from the Dothan, Alabama area. Brandon Kelley formed the band with friends he met at a local church and named the band after the legacy his grandfather left as a preacher for over 48 years (and his father, Murray, who was also pastor for over 40 years). The band's sound is a mix of CCM and pop/rock with a little bluegrass thrown in for effect. The other two members of HCR -- Clint Singleton (bass/acoustic/electric guitar) and Jacob Patillo (electric/acoustic guitar, banjo, mandolin) -- actually toured with Brandon when he was a solo artist. After taking a break from music to do missions work, Brandon decided to combine those two passions with a new band featuring his friends. Their debut album, In the River, was recorded with the idea of a vinyl record in mind -- an A-Side and a B-Side. The band went for a more modern feel for the first half (A-Side) and a retro/vintage vibe for the second half (B-Side). "Believe" starts the album off with a straightforward pop/rock song that would fit perfectly on today's CCM radio stations. It features slick production, but does little to separate itself from the crowded field of CCM artists. However, the bluegrass influence and instrumentation on "Wildfire" and "Right On Time," as well as the beautifully done acoustic "Home," really help to make the first half of the record stand out more. The album really starts to get interesting with the soft piano ballad "Like Brand New," which kicks off the second half. While "Sing Loud" and "Weightless Yesterday" have their positives, the best sounding track present is very likely "Violin." The song feels inspired greatly by folk music both musically and lyrically with its story. The album ends with Kelley's grandfather's (and father's) favorite hymn, "What a Day That Will Be." The classic hymn is done at a slower tempo, but the harmonies are nice and it closes out the album in a positive manner. The music is certainly more interesting on the "vintage" half of the record, but the vocals are great throughout and are perfect for the sound HCR is going for. Hollis Creek Revival already sounds good enough to make it onto CCM radio but a little more focus on that retro side of In the River could really help these guys to stand out a little more. The songs come across as a little more heartfelt and original, and the band certainly feels to be more at home on those songs. Either way you look at, Hollis Creek Revival has put together a really nice sounding record with a few gems highlighting the release. There is no doubt that Hollis Kelley is up in Heaven and proud of the work his grandson is doing for the Lord's Kingdom. - Review date: 8/16/16, written by Michael Weaver of Jesusfreakhideout.com 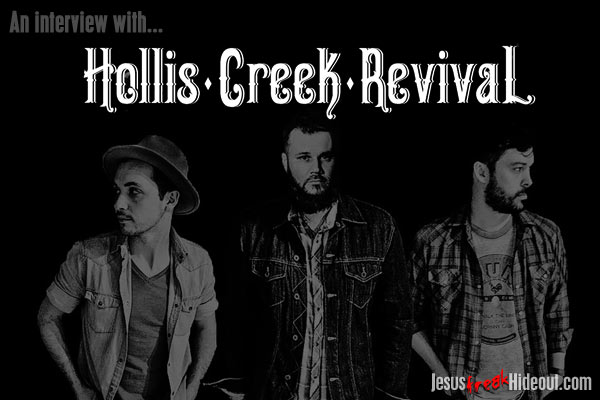 Brandon Kelley: It really means a lot for us to finally be able to share this record with everyone. We have been working on it for over a year and a half. With writing, production, and all of the things that go along with that. When making a record we hear it so much through the process that by the time it is ready to release we are kind of tired of it. Haha. But then you release and you have to remember its NEW to everyone else. And then you get out and tour the record and you fall in love with it all over again and get to experience the songs with people who are hearing it for the first time. We are excited about the release and can't wait to see what the future holds not only for the record but for the missions project that the record is funding.

Brandon: It's an idea that I (Brandon Kelley) have had for a while. I thought it would be really cool to have an album that has a cohesive sound but incorporates a little of the old school vinyl sound with more of a modern sound. I mentioned it to Jason and he thought it was a great idea so that's what we did.

Brandon: Yea, working with Jason was great. We came in with an idea of what we wanted this album to sound like and he immediately "got it". When we started pre-production on the album it started to gel quickly. He not only understood what we were going for but he delivered it. With his bluegrass background coming through in production it really helped us meld the folk/rock sound together on certain songs. We wanted the record to have a organic sound to it, not overly saturated with effects.

Brandon: We wanted the B-side to be a throw back to the vinyl/single ol' 45 days. As we were talking about what we wanted to do someone said "well, if we want it to sound like it did back then, we should record it on and with what they used back then". So that's what we did. We recorded on 60's and 70's pre-amps, mics, amps, guitars, etc. One example is on the song "Violin" we used a 1940's green bullet microphone. It was great. It felt real, we went with just one or two takes to keep it honest and raw. We turned the clock back for a few days and it was fun! haha

Brandon: "Violin" is a song I've had for quite a while. When I first started playing/writing music I would go downtown and perform on the street. People would come up and listen and we would share that moment, briefly there was a connection. That has always stayed with me. "Violin" is written from the perspective of a street musician, his ups and downs, his doubts and beliefs. Does it really matter? Is anyone really listening? Do they even care? But it also double as a metaphor for life. We go through this life sometimes wondering if anything we are doing is really making a difference and does anyone really notice. Are we really making a difference or an impact in this world? In the song a man hears and stays and listens for a long time. Then he joins in with the musician. And only when the two are creating music together does it all make since. The same goes for our walk with God. He is there, He listens, He joins in. And only when we see our relationship with God does it then make since and then becomes clear that we are someone and we do make a difference when we put our hope and trust in Him.

Brandon: This is the most exciting part of what we are doing. We created this record with much more than just the intent of making new music. We had a vision for it, and wanted to change the world through music! We wanted to make a difference, and also wanted to make this album with intent to give all of the money away, and that's what we are doing. All of the money that we raise from the sale of the record and the sale of merch is all going to start music schools in Central and South America. We have joined with a missions based non-profit called 'The Something Project' to start these schools and spread the gospel. You can see "Our Story" here in this video. www.holliscreekrevival.com/ourstory. You can also visit www.thesomethingproject.org to see all of the things this project is doing throughout the world. We hope to have our first school started by the end of 2017 in Argentina.