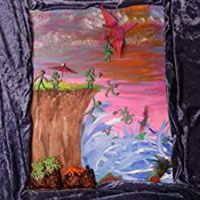 The Goldilocks Enigma
March to Crumbling


The Goldilocks Enigma is aptly named, consisting of a duo, known only as "The Husband" and "The Wife." The Husband handles the multi-instrument duties, songwriting, and vocals, while The Wife lends her voice to background vocals and songwriting. This is music self-described as "Christian Rock straight out of the swamps of deep Louisiana." Their newest release is titled March to Crumbling, and it's the direct follow-up to 2014's debut, Bread & Circuses. The husband and wife's mysterious bio, the inspiration behind their band moniker, and the mission of their ministry clue prospective listeners that they are in for something far outside the box. With a mixture of 70s psychedelia, grunge, and garage band production, The Goldilocks Enigma can be lauded for their earnestness in the message. However, there is plenty of room for growth when it comes to execution musically. Production-wise this has a certain DIY charm, but often this reviewer was thrown off by the muffled sound of many of the songs which made them hard to hear. Unfortunately, the combination of some out-of-time instrumentation, the warbled production, and vocals that didn't always blend well enough, made for a distracting listen. This is a shame because the groove of most of the songs was arresting enough to draw me in. Overall, March to Crumbling is an interesting listen. Production issues aside, things like the Scripture-inspired lyrics add a nice spin, and clearly display the duo's desire for their music to point listeners to Christ. If you want something eclectic and don't require pristine production, then The Goldilocks Enigma just might be the puzzle for you.
- Review date: 5/11/20, written by Josh Balogh of Jesusfreakhideout.com 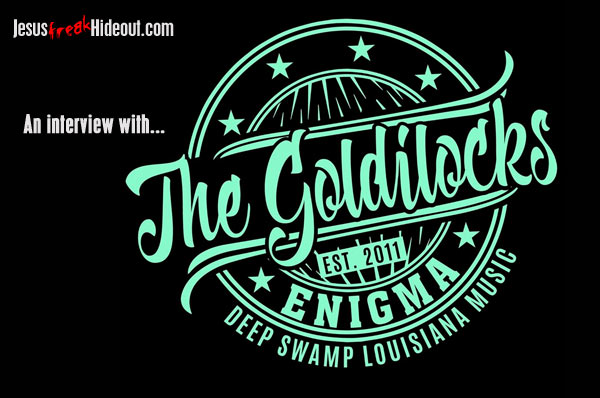 The Husband: The book The Goldilocks Enigma: Why Is the Universe Just Right for Life? by Paul Davies, a physicist who explores how and why our universe seem custom-made for life.

The Husband: God the Creator in His infinite wisdom, creativity, and sense of humor. Frank Zappa & Franz Schubert.

The Husband: Attempting to understand society and its willingness to embrace the fear and panic, openly taking part in it, instead of embracing Christ, and understanding hat this current world, and all our possessions, are not our home, nor meant to go with us when we depart.

The Husband: Job 38, where God challenges Job with a series of questions so stunning and profound, they humble him to silence, and finally satisfy his existential discontent. Hearing the voice of God describe His creation is so powerful, we suddenly "see" Him, as did Job: "I had heard of you by the hearing of the ear, but now my eye sees you."

The Husband: We hope to point people to Christ; re-evaluate their perception of themselves, others, and God.

The Husband: We have no desire or plans to play live, so we really have never thought about it.

The Husband: Usually music but a few songs were lyrics first and then the music flowed.