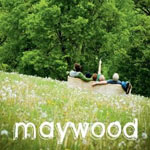 With a heart for the lost and a passion for fellowship within the Christian community, Missouri natives Maywood released a full-length self-titled at the end of last year. They took a little pop rock, mixed it with some worshipful lyrics and composed twelve songs they're ready for the world to hear. The majority of Maywood is ready-for-radio pop rock music, with possible influences including artists like Jeremy Camp and Casting Crowns. The opening song, "Stereo Love," is an interesting track. The overall feel of the music is a little dry (mainly the guitars), though it has some pretty cool synth here and there. The interesting parts are really more in the vocals, which don't sound anything like what I expected after hearing the music of "Stereo Love." Scott Loring's voice can be described as an odd combination of Mark Hall from Casting Crowns and Ed Robertson from Barenaked Ladies. Most of the songs are vocally led by Joel Driskell and Scott Loring, though a few songs, like "Broken For You" and "So-Called Savior," feature leads by guitarist/keyboardist Sarah Sheldon, and there's even some vocal work from Jared Prindle and the band's drummer, Joshua Foreman. The singing isn't the best I've heard, but they all have some fairly good skill on the microphones. As far as the music is concerned, it has some pop rock and some contemporary thrown together, with some songs focusing more heavily on the pop rock side, and others focusing more on the contemporary nature, making it readily accessible for AC radio fans. Along with the aforementioned bands, you can also hear a little influence from Third Day in "Here By My Side." The main negative aspect of Maywood is that there's not enough of their own selves in the mix. The music seems to resemble other familiar artists and no so much their own. However, this makes it easier to move past the fact that what they're playing is standard contemporary material. Perhaps with a little refocusing on the music, maybe taking an edgier approach (which I feel wouldn't be a difficult thing for these guys), Maywood should have no problem grabbing attention. - Review date: 8/23/11, written by Scott Fryberger of Jesusfreakhideout.com 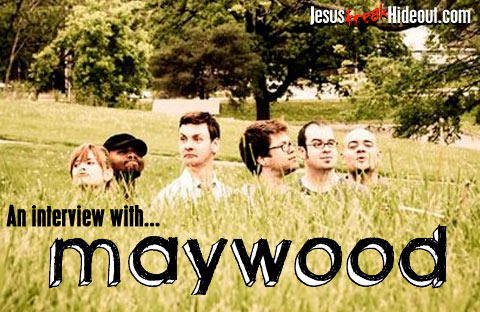