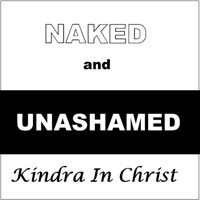 
Walking the Christian faith can often take you places you had never anticipated. For the artist known as Kindra In Christ, one such place was becoming a singer/songwriter. Just two years ago, Kindra hadn't written a single song. But March 2020 marks the release of her 12th single, titled "Naked and Unashamed." Stylistically and vocally, Kindra would fit right in with the likes of Jennifer Knapp and Alanis Morissette, drawing heavily from a '90s, acoustic-based alternative sound. While her vocals aren't quite as strong (if only for lack of professional vocal training), Kindra makes up for it with passion. The song itself is inspired by Adam and Eve in the Garden of Eden. Before eating the forbidden fruit, Adam and Eve walked with God and were completely naked. But because sin had not yet entered the world, they were not ashamed. Kindra expresses not only a desire to have that same depth of intimacy with God, but to also be transparent and not attempt to hide anything from a God who already sees everything ("Can't fathom what it would be like / to live before You transparent / instead of trying to hide each failure / for You see the truth anyway / can't fathom what it would feel like / living free of this struggle / thinking You could never love me / that I'm the one exception to Your grace / to have a heart no more afraid / but naked and unashamed"). "Naked and Unashamed" may be most appealing to fans of artists such as the ones mentioned above, but if that isn't you and you're still curious nonetheless, then you can find it now wherever you consume music.
- Review date: 4/30/20, written by Scott Fryberger of Jesusfreakhideout.com 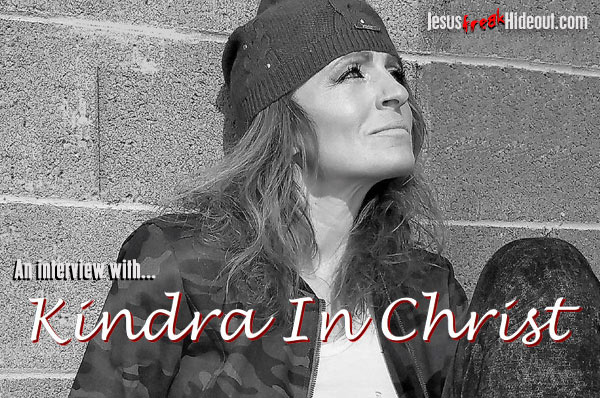 Kindra In Christ: Although God has spoken to me through music since I was a little girl, songwriting is a recent event for me and has developed as a result of a closer, more intimate relationship with God. I have learned that, as with any intimate friendship, a huge aspect of forming intimacy is listening. As I have become more disciplined as a listener, and started faithfully to practice Psalm 46:10, "Be still and know that I am God", God has begun speaking His heart to me through music. Although I have been writing songs for less than two years, I've come to recognize that music can often touch hearts more deeply than just words alone and that these songs will hopefully point listeners to the comfort, hope, and encouragement found in Jesus Christ.

Kindra: Since recently entering the music arena, I felt that releasing one single at a time would allow me to focus my energy, attention, and creativity on each individual song. At the same time, listeners can get to know me and my music through each song, without being overwhelmed by having an entire album unloaded on them all at once. In other words, releasing singles one at a time allows the listener to slowly "wade" into my music, rather than "drowning" them with everything all at once!

Kindra: "Naked and Unashamed" was actually written as a result of my personal struggle with sin and shame, relative to my "walk with" the Lord (as in Adam and Eve walking with God in the Garden). Genesis 2:25 states, "the man and his wife were both naked, and they felt no shame." This verse describes the intimacy and fellowship of their relationship with the Lord, prior to sin. Although they were physically naked, they were also emotionally naked. They had no sin to hide, no shame to cover, nothing coming between their intimacy and fellowship with the Lord. Upon their sin, Adam and Eve immediately covered themselves and hid from God, and mankind has been hiding from Him ever since. This song is an honest reflection of what it would be/feel like if we could live emotionally and spiritually "naked and unashamed" before Him once again.

Kindra: Some might even consider the term "Jesus Freak" to be quasi-provocative, or would have at one time. However, there is a major difference between being provocative and being lewd. Even Jesus was considered provocative by some in His day. As Believers, we are called to boldly proclaim God's Truth, regardless of others' opinions. That being said, the response from listeners on "Naked and Unashamed" has been overwhelmingly positive. Though the title might be a bit shocking for some, it does capture one's attention and has proven an effective title in helping spread the message of the song. It is a genuine and authentic look at the impact that sin and shame has had on our relationship with the Lord, and our yearning to draw close to Him without any barriers.

Kindra: Christian music has been an integral part of my life since I was young. Beginning at about four years of age, I would listen to music to help me sleep at night and was involved in church and school choirs. It has been such an important, and pivotal, lifeline for me to God, and it has helped keep me connected to Him. At my most desperate and vulnerable times, I have used songs as personal prayers to the Lord. The songs and/or artists that have most inspired me have varied based on the seasons and experiences of my life. It is probably no surprise that Amy Grant and Michael W. Smith were very influential during my childhood and early teenage years. In my ongoing battle with anxiety and depression, I have personally connected with Plumb's music. As I have been learning and growing as a songwriter, King David greatly influences and inspires me through his Psalms. He is fearless in his candid, open, and honest dialogue with the Lord, yet always maintains a holy reverence for God.

Kindra: During the stay-at-home order, I have actually been practicing my next single entitled, "Your Unfailing Love (Won't Fail Me)".

Kindra: Well, from the beginning, this music has been a journey of faith. I often feel like Abraham, who "when called to go to a place he would later receive as his inheritance, obeyed and went, even though he did not know where he was going." (Hebrews 11:8). Much of this journey has been about putting one foot in front of the other and clinging to God's hand as He leads the waysometimes one step at a time. 2 Corinthians 5:7 has become a tangible reality for me as I have learned firsthand that the Christian life truly must be lived "by faith, not by sight"! My heart burns with a fire to proclaim God's Word through music, and I know that God has lit that fire within me. Although I am unsure how and where He will lead next, I gladly continue to "sing and make music with all my soul". (Psalm 108:1)

Kindra: No sin or sinner is beyond the grace of Jesus Christ. We all have baggage; we all have garbage. However, that does not make us garbage. In allowing my feelings of failure to dictate my choices, I developed many sinful habits and attempted suicide on multiple occasions. However, God has given "beauty for ashes" (Isaiah 61:3) from these experiences as He has used them as inspiration to enable me to write well over fifty (50) songs. Through these songs, my hope and prayer is to minister to other lost and broken souls and to offer the hope and deliverance found through Jesus Christ. I feel that 1 Timothy 1:15-16 best sums up God's call on my life"...Christ Jesus came into the world to save sinners-of whom I am the worst. But for that very reason I was shown mercy so that in me, the worst of sinners, Christ Jesus might display His unlimited patience as an example for those who would believe on Him and receive eternal life." May God bless all of you, and thank you for your continued support!