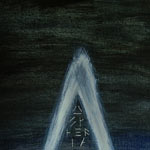 If you pay attention to indie artists here at Jesusfreakhideout, you should be very familiar with Doom Tiger. David Taylor's metal persona is very likely the most reviewed indie artist on the site. Ospheria is part of a series of albums (The continuation was just announced with a release date of 8/28/16). Ospheria, like Pelagia, is a multi-part album (5 to be exact) and takes a lot of the doom and death metal elements Doom Tiger is known for and adds some slight metalcore elements to make the album more accessible for those who don't typically like the darker metal genres. Tracks like "Stratos I - Tranquil Quietude" feature a picked clean guitar and really stand out as enjoyable listens. Overall, the album has a little more musicality when compared to Doom Tiger's previous efforts. While "Stratos I and II" feature the softer side of Doom Tiger, the two "Methos" tracks feature the heaviest sides. If you're looking for a nice contrast between the two, "Thermos II - Escalate Your Fear" may be your cup of tea. Ospheria is an amalgamation of different styles. Of course there are different metal influences spread throughout, but there are other sections that are almost jazzy in nature. It's hard to pin this one down to any one style as it's more of a "fusion" album. Ospheria is Doom Tiger's most accessible album to date. Mr. Taylor has a pretty creative mind and it will be interesting to see where the next album goes come August. In the meantime, Ospheria is a worthwhile listen for metal fans; especially those who really dig the indie sound. - Review date: 4/29/16, written by Michael Weaver of Jesusfreakhideout.com