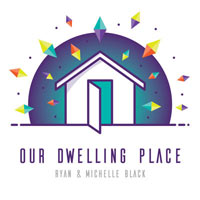 
Ryan and Michelle Black are worship pastors from Victoria, Australia and have recently released their album, Our Dwelling Place. The couple, married since 2005, hope to reveal the radical love, grace and hope of Jesus through their ministry and this album. Musically, Our Dwelling Place is what you'd expect of modern worship music -- especially coming out of the rather large Australian worship scene. The production is really great and the instrumentation is highly enjoyable. Most of the songs feature a really great piano, with the happy and upbeat "Search Me" being one of the best. However, "For Who You Are" and "I Will Sing Hallelujah" contain a lot more guitar and offer a nice change of sound. The guitar lead playing through the second half of "My Soul Waits" is one of the best sounding elements present. Lyrically, the album is pretty much on par with other similar worship efforts. Not a lot stands out from the crowd as particularly striking or profound, but nothing feels tired or overly cliche either. For a more standout moment, "I Will Sing Hallelujah" has a really nice refrain: "The Son of God; a Servant and a King. So forever I will sing hallelu; hallelujah." The music and orchestration on the album are very nice and enjoyable; sometimes they are downright beautiful. The flaw that creeps into most of the songs is length and repetition. The nine-track album clocks in at over sixty-six minutes -- an average of over seven minutes per song with two songs reaching over nine minutes in length. Many of the tracks are packed with singing and adlibbed riffing. One of the best examples also comes in "I Will Sing Hallelujah." Michelle sings "Hallelu; hallelujah" for a over two minutes straight directly followed by "You are the Son God; the Son of God is who You are" for over another minute. The album was recorded at the Black's home with friends. While it wasn't recorded at a live venue, it was recorded in a live setting. The Black's say, "Raw, honest, spontaneous and passionate worship filled our home," about the recording of the album. Perhaps this is how the song lengths began to get away from them a bit.

Ryan and Michelle Black have an obvious heart for worshiping the Creator and helping others to do the same. They also have talent as musicians and singers. Our Dwelling Place is a beautiful sounding album from a musical aspect that will likely draw a lot of listeners in, but the length and repetitive nature of the lyrics make it a more challenging listen than it should. If the album was closer to 40 or 45 minutes in length, it would be a stellar release. However, as a sixty-six minute album, it's going to come as a personal taste. For someone wanting to sing out in worship during a personal time of reflection, this could be a great way to spend an hour, but this probably won't work near as well for someone wanting to listen to positive and uplifting music on a daily commute. The musical aspect alone is worth recommending a listen, but you will have to decide for yourself where you stand on the length. 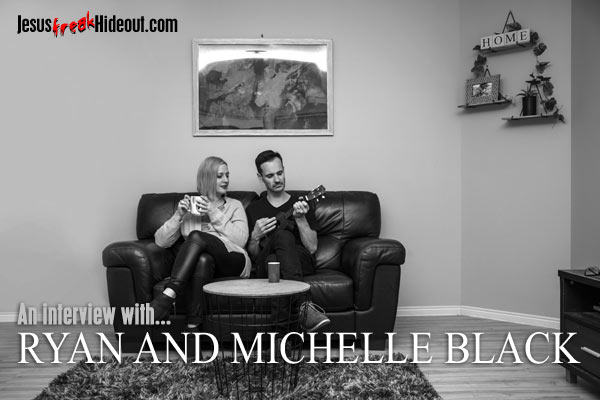 Michelle: We've served in our community church for about 15 years and have been the worship pastors there for about 12 years.

Ryan: In a sense, yes. We had both had recording experience, and even recorded an EP together, but we wanted to record a full album together. One day, we had the idea to record a worship album at home. The two of us sat down and went through a bunch of Voice Memos that we had separately recorded, many of which we hadn't shown each other. From these very rough and incomplete demos, the songs began to take shape.

Michelle: We had also been hosting worship nights in our home and we loved the community and family feel of those nights. The idea of capturing that in an album appealed to us.

Ryan:Once we committed to the idea, we contacted some friends and gave them the dates. With the dates locked in, it gave us a timeframe to work together and finish off each other's songs. "Be Still" was literally two ideas written separately that we realised worked well together, so we joined them to make one song in the days leading up to the recording.

Michelle: The guys who helped with our recording are amazing. Joseph who recorded it and Joel who mixed it really brought these songs to life.

Ryan: It's a great question, and we must admit, we didn't fully plan out how recording with 10 musicians and a congregation (up to 25-30 people in total) was going to work, so we learned a lot as we went. We took up two adjoining rooms, with drums and percussion in our study, and the rest of us in our lounge room. Our electric guitarists stood in our bedroom doorway with their guitar amps in our wardrobe! We could all see each other, which was great. The first two nights were just learning songs and basically jamming on them. The second two nights we recorded them, four songs per night. We started the nights with communion together, then recorded each song separately, playing through each one once, then recording a couple of takes, before moving on to the next song. It was actually a super relaxed experience.

Michelle: Absolutely. We had overall structures of songs, but we wanted the songs to take a new life of their own in a live worship setting. We wanted our musicians to have the freedom to be authentic with their own sound and allow space for spontaneous songs to flow.

Ryan: Yes, these songs would be radically different if we did them in the studio. They'd definitely be shorter, but also, it wasn't a studio sound we were going for. We wanted it to sound and feel like it was a worship night in our home, hence the different instruments and a live congregation. The combination of all of that helped create an atmosphere where it is easy to linger.

Ryan: Wow, thank you so much! Yes, that solo is an amazing moment. The song itself was written in unconnected chunks. The chorus idea came first from a spontaneous worship moment at the piano, then the verses in a similar way a couple of months later. That second day was also when I worked out the melody of the guitar solo. I always wanted that to be a big moment. At this point of the writing process, there were barely any lyrics, just this idea in my head of waiting on the Lord and longing for a deeper connection. Once the lyrics came (thanks to Psalm 42 & 130), the final melody was established. Recording-wise, we were blessed to work with an awesome bunch of musicians who knew how to read us. Michelle and I played the song for them, as we did with all the other songs, then mostly gave them freedom to do their own thing. We had vague ideas about where instruments should come in, but most of the album is pretty spontaneous as far as arrangements. I gave Matty our guitarist the melody for the guitar solo and just told him to go for it, which he did. It was exactly how I wanted it to be, and that solo for me beautifully captures that sense of longing and yearning for the presence of God.

Michelle: Our desire is that the album will take people on a journey through worship and deeper into the presence of God. We want those listening to experience Him in a new way, for them to know Him even more, and to know His love for them.