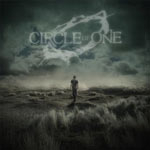 Circle of One
Part of the Plan EP

Rock music. Many would think that it should be easy to make: distorted electric guitars, crashing drums, aggressive bass, and strong vocals - that's all you need right? Wrong. It's so much more. Rock isn't just music - it's a culture. Indie band Circle of One is taking on the beast that is rock music and they are going full-force with their debut EP release, Part of the Plan. The album opens with the raw "Cut Away." Its sound is reminiscent of early Linkin Park with a dash of Alter Bridge. Lyrically, it might sound rather dark but is really in reference to Christ's words found in Matthew 18:8. "Make Me Whole" and "The Hill We Climb" continue with the progressive rock sound, while "Fight of My Life" shows their softer side with beautiful piano and gentle vocals. The EP concludes with the surprisingly upbeat "Do or Die." The track actually resembles something Five Iron Frenzy would've done on Electric Boogaloo, minus the horns. The song doesn't necessarily fit the album but is by no means a bad track. Lyrically and musically, the EP is what many rock and rollers love to hear - the only obvious flaw is that it's slightly lacking sonically. Some portions of the songs feel so instrumentally thin that they are begging for more layers. Regardless, fans of rock looking for some decent new music this summer might find what they seek with Circle of One. Overall, it is a good effort and this band could quickly garner some fans and listeners should look forward to see where the band will go in the future. - Review date: 5/14/14, written by Ryan Barbee of Jesusfreakhideout.com

Learn how to get your music heard at ReverbNation.com