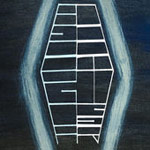 Death Metal is some of the most interesting music to listen to. While some listeners only hear screams and growls, beneath that extreme aggression there tends to be some lyrically deep content and technically rich music. With that in mind, returning indie artist Doom Tiger is giving listeners another collection of death metal recordings with his latest release, Pelagia. The album opens with the droning "All Roads Lead to the Ocean;" the music is exaggerated but has a constant building effect until reaching a climax after three and a half minutes. This same style isn't seen as often on this album, except for in "Malevolent Ghosts" and the closer, "No Escape," but sadly these tracks aren't the greatest ways to begin or conclude the album. For those looking for some pure aggression, "Wynter at Our Backs" and "Armscaller" are sure to fit the bill. They could make the least hardcore guy want to put on some steel-toed boots and find the nearest mosh pit. Overall, Doom Tiger (David Taylor) seems to be growing in his craft and his understanding of the niche market his music resides in. Unfortunately, the poor production quality really detracts from the effectiveness of the album; so much so that at times it feels like Taylor's screams are just whispers in a closet rather than vocals to be poured out at full volume. If Doom Tiger can get some better mixing and mastering in the future, the next project might be one that really hits the target. Nevertheless, if you're looking for something that will get your blood boiling and make you clench your fist, Pelagia might be right for you. - Review date: 11/7/14, written by Ryan Barbee of Jesusfreakhideout.com

Doom Tiger is on a mission; a mission to utilize as many different subgenres of metal as he can, and make each album or EP accordingly. Previously releasing EPs as death metal and drone metal (in that order), his first full-length, Pelagia, mixes a little bit of death metal with a great deal of modern metalcore. There's a little bit of nu metal on occasion, as well, though it's rather rare, with a few instances of a couple of tracks bearing a sound akin to Korn, with creepy, System of a Down-esque vocals (they tend to be more disturbing than anything else, like in the opening lines of "Chalice of Tears"). "All Roads Lead To The Ocean" starts things off with a very long, and slightly off-key, build up that leads directly into the blast beats and shrieking growls of "Wynter At Our Backs." There seems to be a bit of a struggle with maintaining the rhythm at times, the instrumentation feels uninspired, and the music itself sounds really fuzzy and very highly underproduced. The songs also tend to suffer from monotony, as there are many moments where the song either just drags on or is very repetitive. Despite the issues that are present, I've got to hand it to Doom Tiger for one thing: he really nails the idiosyncrasies of a subgenre and stays true to it. Pelagia has sludgy guitars, blast beats, and gnarly screams that can only really be defined as "death metal growls." It's also nice to hear artists experimenting with their sound, putting out albums that all sound different from each other, but that maintain their identity in the process. If you're a fan of underproduced death metal, Doom Tiger's Pelagia just may be right up your alley. - Review date: 11/13/14, Scott Fryberger of Jesusfreakhideout.com 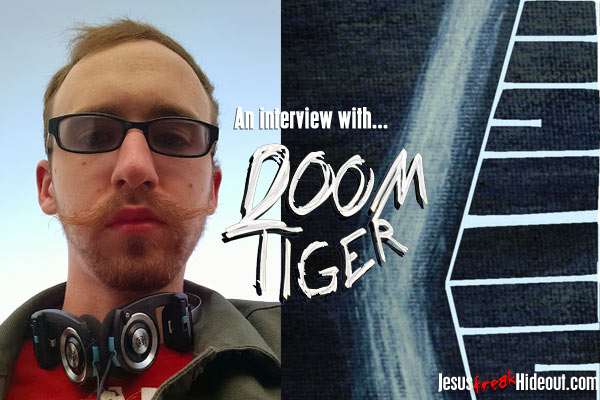 David Taylor: It started out as a concept album about the levels of the ocean, Epipelagic, Mesopelagic, and so on. I kind of lost that somewhere along the way, but it still tells an ocean themed story. A story I don't think we've seen the last of. *wink*

David: I think the challenge is what attracted me. Death metal can be physically demanding, and then I also try to make it mentally demanding with odd time signatures and poly-rhythms. Metal can also be very forgiving and freeing. I love thinking about music as art. There are no mistakes, only happy accidents.

David: I mainly just want people to listen to it and like it. In a more abstract way, I want to build something that I can look back on and be proud of.

David: "Armscaller/Regretful Machinations." From the moment I started recording it, I loved it. It was a very fun process with better tracking than my other songs. I'm also a big fan of poly-rhythms. I almost kept the song as just rhythm guitar with the occasional bending background guitar in it, but decided a couple weeks before I was done that it probably needed more than that. It was like finding the second half of the song, filling the hole inside of it. I think of it as finding the soulmate of what the song had been before. I'm a romantic.

David: I think I'm more influenced by genres as opposed to bands. I have a hard time nailing bands down. Drone metal I definitely get from Khanate and Earth. There's some My Silent Wake and Pÿlon in me. Blotted Science is really impacting how I think of music, melody-wise and rhythmically. They're currently my favorite band. Then there's an inexplicable jazz influence. I don't even listen to jazz, except for my uncle Jeff Taylor's albums, and that's kind of a different style. I just like the way jazz feels.

David: I really liked cutting songs and segments. Probably the most difficult part was keeping segments that I would've enjoyed cutting, but that would have changed the whole structure of the album and taken way longer to finish. I'm trying to streamline my process in the future.

David: To be loving and accepting, no matter what. It can even apply to yourself and things you do. I'm my greatest critic, but at least I know that.