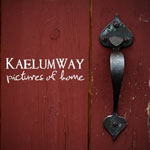 Nashua, New Hampshire-based rock band KaelumWay is a fairly new band, but has already begun making an impact on its surrounding area. Opening for popular acts like Everyday Sunday and Cool Hand Luke, KaelumWay has increased their fanbase just in time for the release of their first album, Pictures of Home. It contains six songs, all of which can easily be classified as rock, though they do include some soft rock in the mix as well. Reading their bio, we discover that the band had the help of Nick Radovanovic from the band Acceptance in the mixing process, as well as Skillet's former guitarist Ben Kasica on the production side of things. Listening to Pictures of Home, you can hear Kasica's touch in some of the songs. While none of KaelumWay's music sounds like Skillet, they have some strings in some of the slower songs that are similar to what you would hear in a slower Skillet song. On KaelumWay's side of the music, it's pretty basic rock music, but one good thing they do have is passion for their music. You can really tell that they put a lot of thought into what they're playing. They also display love and a deep caring for people, which is confirmed when you see that they've supported organizations like Invisible Children and To Write Love On Her Arms. You also really get that feel when you listen to the lyrics on Pictures of Home. Highlights of the album include the opening track "Let Go," as well as "You Are Loved" and "Identity." Rock fans should check out KaelumWay, and look forward to more goodness, as I suspect that they will keep getting better with each new release. - Review date: 9/6/11, written by Scott Fryberger of Jesusfreakhideout.com 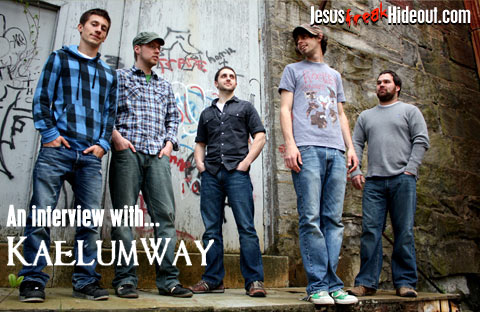