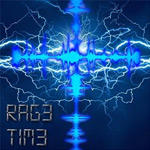 The sounds of EDM (electronic dance music) have been brought to the forefront in the pop music scene over the past few years. So much so that it's a rarity to hear someone on the radio who doesn't have an abundance of synth layers to give some extra girth to a song. Indie DJ, Blang3, is hoping to add to the trend while making a difference with his latest release, Rag3 Tim3. The album opens with the trap infused "Epic." Fans of early-2000's rap will find this track to be familiar - sadly a little too familiar, and it doesn't effectively live up to its name. While the latter part of the song is fantastic, it takes a long time to reach that climax. However, the following track "I <3 Haters" is a fantastic song that would get the most reserved person tapping their toes to the beat. The same sentiment can be said of "#Anomaly" and "LKLD": they both are very well structured and feel composed for not just dancing, but for times of deep thought. Sadly, "Ice Queen" and "Kingdom Come" continue the struggle of reaching a climax within a reasonable amount of time, but for the listener who holds out until the end of each track, they are given a special treat. "Dust 2 Dust" is probably one of the more interesting tracks on the release, because it's the only song featuring more than a single phrase of spoken word - but strangely it deters from the effectiveness of the track. The album concludes with "Bass in Yo' Face." It's a fun way to close the curtain as it features an interesting use of synthetic horns and very aggressive percussion. Unfortunately, with an album being strictly EDM, it can be difficult for listeners to absorb from start to finish, especially when there is a heavy absence of vocals. While it may make sense in a club/dance setting, it's not the most practical. Regardless, if you're looking for some EDM/trap music that has a throwback feel, you might find what you're looking for with this release. - Review date: 11/30/14, written by Ryan Barbee of Jesusfreakhideout.com 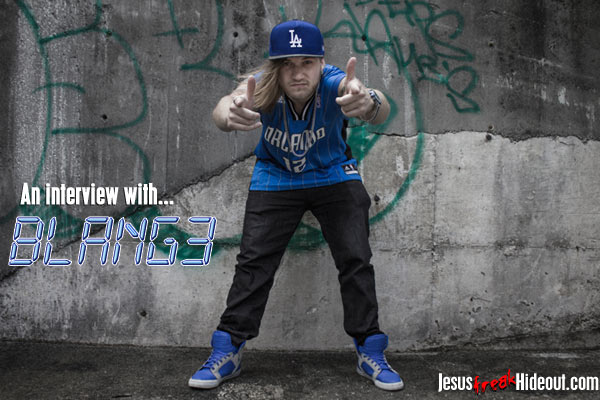 Blang3: Blang3, my name, was given to me by my mentor TK who was the first chapel coordinator at Southeastern University, which is where I first started DJ'ing. "B. Lange" was written on the white board and he gave it to me as my DJ name. I later added the 3 for branding reasons. But it has symbolic meaning as well.

Blang3: By three times in his last speech to the apostles, Jesus prays in order that they become One like Him and the Father are One. (Jn 17,11-23) By three times in Gospels, the Father gives a testimony to his Son: during his Baptism on the edge of the Jordan (Mt 3,17); on the Thabor during the Transfiguration (Mt 17,5); and to the Temple during the last Passover, in presence of the Gentiles come to make the knowledge of Jesus (Jn 12,28). Three times in the Gospels, Jesus resuscitates a dead body: the girl of Jairus (Lk 8,54); the son of the widow of Nain (Lk 7,14); and Lazarus (Jn 11,43). The three great temptations of Jesus in the desert. (Lk 4,2) By three times in the Gospels, Jesus announces his passion. Joseph and the Virgin Mary lost the child Jesus during three days, to finally find him at the Temple. (Lk 2,46) Jesus fell three times when carrying his cross. The three witnesses of the Transfiguration of Jesus: Peter, John and James. Those are the same apostles who were witnesses to his agony. The three years of the public ministry of Jesus Christ. The Three Magi that visited the child Jesus, offering to the mother three presents: the gold, the frankincense and the myrrh. (Mt 2,11) Number of persons who were crucified on the Calvary including Jesus, symbolizing the three manners to accept the cross. (Jn 19,18) The three hours of darkness on all the earth, from midday to three o'clock, when Jesus was nailed on the cross. (Mt 27,45) By three times, the apostle Peter renounces Jesus and by three times also he affirms his love for Him. (Lk 22,56-65; Jn 21,15-19) The triple visions of Peter. (Act 10,16) The Virgin Mary remained three months with Elizabeth for the birth of John the Baptist. The three terrestrial witnesses: the Spirit, the water, the blood. (1 Jn 5,8) The three theological virtues: the Faith, the Hope and the Charity. The three attributes of the Christ: I am the Way, the Truth and the Life. The three persons that were thrown in the furnace of fiery fire under the order of the king Nabuchadnezzar: Shadrach, Meshach and Abed-Nego. (Dn 3,19) Samson trifles at Delilah three times. (Jg 16,15) Under the reign of David, a famine lasted three years. (2 S 21,1) By three times, Elijah laid down on a child, then he returned him to life. (1 K 17,21) Three friends converse with Job. (Job 2,11) The three just of Ezekiel: Noah, Daniel and Job. (Ezk 14,14) The three towns of refuge. (Dt 19,2) Moses is hidden three months after his birth. (Ex 2,2) The three days road's to do in the desert for Hebrews. (Ex 3,18 and 15,22) The three annual pilgrimages to Jerusalem. (Ex 34,23) The three days of fast of the Jews of Suse. (Is 4,16) The three daily prayers and the three weeks of mourning of Daniel. (Dn 6,11 and 10,2) The Old Testament reports that Yahweh, by three times, asked some peoples to construct his three Temples.

RAG3 stands for "Reviving a Generation Eternally," Which is my mission statement for the rag3 movement. "Tim3" stands for the urgency of the second coming of Christ.

Blang3: I hope to speak the truth, shine the light and show the love of Christ to everybody I can reach. I hope to impact people not just impress them, but to truly change lives. And glorify God in everything.

Blang3: Yes and no; the dance scene is very loving and accepting, but is also very "free spirited," you might say. When I say turn down drinking and drugs, they are very understanding and respectful of it. But at the same time, there are a lot of temptations that I must avoid as well.

Blang3: God's been talking to me mainly about the the whole reason and purpose he gave me music in the first place; how am I supposed be used as a tool to revive a generation if I'm following them instead of leading them? And to be humble before God, hungry for more of God, and serve him wholeheartedly with all that I am.

Blang3: Spider-Man, and he would definitely win. haha!