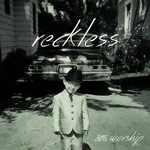 
305 Worship is a large worship collective (consisting of 105 members) from the First Capital Christian Church in Corydon, Indiana. While this seems like a large number of people for a single church, the members actually rotate weekly and lead multiple services. And while some churches can be very stringent on who is even allowed to be a part of their worship team, this method allows many more members to have an opportunity to serve the Lord using their gifts as musicians. The album, Reckless, is actually their second release and is full of songs ready for corporate worship. There are songs, such as "Live to Praise" and "All the Earth," to get you pumped up and ready for worship and others, like "More" and "Surrounding," that are slower, but meant to bring you into a full sense of worship. Overall, there is a nice mixture of songs that can relate perfectly into different situations within any church's worship service. Reckless features proficient musicians and vocalists throughout who offer up a solid product for fans of modern worship artists. While the music itself it very common for today's worship (lots of delay and time effects in the guitars included), the lyrics don't really sound like songs you've already heard countless times. Another song of note is "Old Rugged Cross (Your Love Wins)." It has become increasingly popular in recent years to add a worship chorus to a classic and well-known hymn. 305 Worship does this with "Old Rugged Cross." As with most songs of this nature, it's sort of a mixed bag. More than anything, I found myself wanting to hear a full song of the "Your Love Wins" part of the mash-up. 305 Worship is perfect for folks who love worship music, or for a worship leader looking to inject a new and different song into their congregation. Nothing necessarily stands out above similar artists, but Reckless is certainly an admirable effort. I'm personally most impressed by the church's dedication to allowing so many people to be involved in their worship team. - Review date: 9/30/15, written by Michael Weaver of Jesusfreakhideout.com 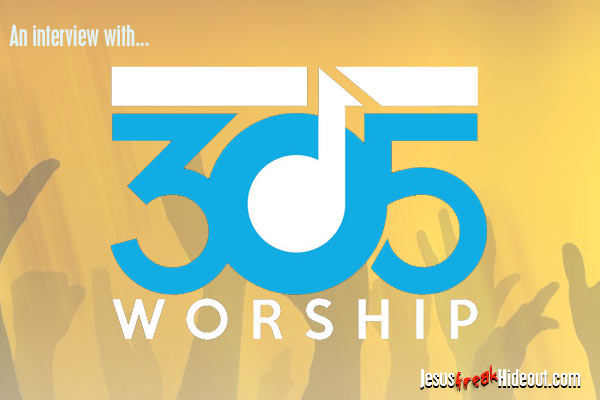 Tyler Sansom: We were looking for a way to brand our worship team in order to market it within the church. If you can make people excited to be part of something, then you can grow tremendously. At the time that we came up with 305 Worship, we had roughly 30 total people involved. That was two years ago. Since then, it has kind of exploded and God has really blessed us with an unbelievable amount of talented and committed volunteers. 305 is actually the street address of our church. We liked it because we thought it was pretty unique.

Tyler: The part that is pretty amazing about that is the fact that they are all volunteers. We rotate people each week and strive to create a culture of change. For example, one week we will have a 12-person band and do standard praise style music, and the next week, we will come back and have a 6-piece to do bluegrass style. It keeps each weekend fresh. We schedule roughly four months in advance and in that four-month period, everyone will play roughly two times, except for vocalists. They are in a little slower rotation due to the amount.

Tyler: Yes. Whether it was a guitar part or a gang vocal or whatever it was, each member was invited to record on the album. Some are not on the final version due to scheduling conflicts and whatnot but they each had the chance. I think we finished with 73 people on the album.

Tyler: We have an event called "Fall Down At The Square" that is a completely free festival for our community. We have games for kids and free food and concerts. It rocks! We provide about 7 different bands from our church to play music non-stop for the duration of the event. About a year and a half ago, we decided to build a recording studio at church and have the ability to produce an album each year to pass out to the community for free. In the two "Fall Down's" since then, we have passed out roughly 3000 cd's to our community.

Tyler: The tracking, editing, and mixing was all handled in the church except for the track, "We Run." It was mixed by Michael Oskam from ProWest Studios in California. The mastering was done by Johnny Ragin in Atlanta. We duplicated and did all graphic work in-house as well. I have to give a huge shoutout to one of our keyboard players, Vickie, who singlehandedly assembled over 1000 album cases!

Tyler: I think right now it is probably a three-way tie. They absolutely love the version of "Old Rugged Cross," but they also seem to really respond to "More" and "Live To Praise."

Tyler: I wrote that song to be very personal and then took it to our songwriting team. We changed it from "Your Love Surrounds Me" to "Your Love is Surrounding" in order to make it more congregationally universal.

For me, the power behind that song is from the lyric "our guilt and our shame were washed in the wave that You created when You stepped down from glory."

This idea that when God became flesh, he changed the entire course of eternity is incredible to me. I think back to the movie The Butterfly Effect and about how each move that the main character made changed something in the course of time, like a small wave that altered history. When God changed history, it was like massive hurricane of grace that completely altered our chance for salvation.

Tyler: The album cover is actually a picture of my cousin Patrick from 1964. He was getting ready to go to church. He posted this picture on social media for a Throwback Thursday a few months ago and I thought it would make a cool cover. I showed a bunch of the worship team members and also our graphic design guy and they all loved it as well.

Tyler: There is a fine line there. I think the biggest aspect in keeping worship about worship and not entertainment is by praying together with your teams and also by being in the Word together each week. Before each of the weekend services, our teams pray together at FCCC. We always pray and dedicate each service to God and invite in His presence. As far as staying in the Word, during the second service of the weekend, we always have a Bible study together that is an ongoing topic or theme for about 9 months at a time.

Finally, I think that a huge part of worship leading that is often left out of churches (big and small) is the fact that we are allowed to teach our people what worship is. Frequently, we will stop songs and explain why we do certain things or ask the congregation questions that will force them to take ownership of the lyrics of the song and sing them to God instead of about Him. We have come a long way in a short amount of time and I am proud of our teams because they have all become amazing examples of living worship instead of just worshiping while on stage. Even when they have the weekend off, most of our team has started being worship leaders from the audience by being the first people to stand, or clap, or sing, or whatever. That is a huge piece of influence on others who may need that slight push.

Tyler: We are a church in Corydon, IN. That is about 30 minutes outside of Louisville, KY. We are landlocked beside a high school and a neighborhood in the wrong side of town at the end of a dead end street. If you can find us, we would love to have you come worship with us!

We do three weekend services and it has just been incredible what God has done with His church in such a poor location for the building, but He continues to amaze us! The best time, beside a normal weekend service, to check us out would be one of our evenings of worship. We call them Encounters. They are once a quarter and completely different each time. The next one is November 29th.