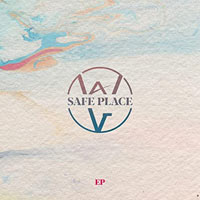 
When Miguel Marrero and Tirso Gomez started out in middle school, they were making cover videos. Soon they branched out and began writing their own material, crafting WeAreGeneration into an up-and-coming indie rock band worth sitting up for. After putting an EP and two full-length albums under their belt, they are adding a new 4-song set to their repertoire in Safe Place EP. The musical vibe carries an emo rock feel while the movement of the lyrics finds the band searching for a safe place. Opening track "Distorted" turns away in dissatisfaction from a person or thing who has failed them. This song also includes the clever line, "You're either on my side or you're a blown out speaker." "Sunset" follows with a happier tale of love, while "At Ease" and "My Desire" turn things more definitively toward spiritual territory as they sing of finding peace in Christ. That final song also contains one of the best lines of the bunch, "If grace was a color then Im color blind." The theme is subtle but it helps add weight to the recording. The sound quality is the greatest hindrance here, though, as the mix never feels consistent and the vocals are often fighting too hard against the instruments. Still, WeAreGeneration makes a good case with Safe Place as to why fans of indie rock should give them a chance and a fair listen.
- Review date: 4/2/20, John Underdown of Jesusfreakhideout.com