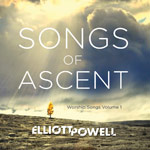 There are some great works of art that need no explanation - while others make no sense without clarification. Newcomer Elliott Powell has given listeners art that is full of explanation. His debut EP, Songs of Ascent: Worship Songs Vol. 1, is a compilation of straightforward songs of worship; this fact is both positive and negative. Lyrically, the album is very biblical and at points feels like a copy and paste of scripture. Tracks like "Majesty (Song of Heaven)" and "You Gave" make for great corporate worship songs, but truthfully don't break any new ground. While Powell's writing is very sincere, his frankness in communicating truth can make the songs feel uninteresting, however, that is not to say that the songs aren't enjoyable. Powell's use of creative instrumentation and pop vocals, that are reminiscent of CCM legends All Star United, give the EP a fresh feel. Special note should be given to the opening track "Brighter," as it really shows Powell's potential, plus it begins the album very well. While this release may not feature Elliott Powell's full potential, it does introduce listeners to someone who may have a future as a modern-day hymnist. We have not seen nor heard the last of Elliott Powell. - Review date: 2/4/14, written by Ryan Barbee of Jesusfreakhideout.com 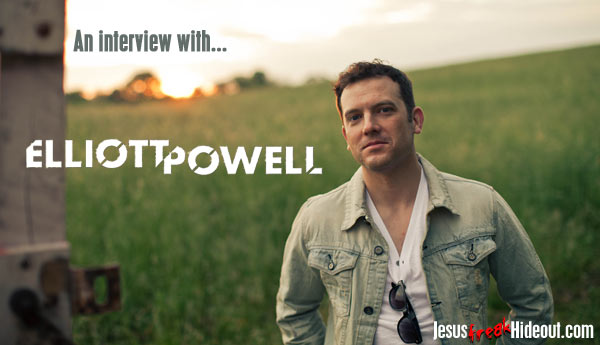 Elliott Powell: Thanks! During the writing sessions for "Songs of Ascent," my goal was to write on the themes of height, light and humility in the context of worshipping God. So, the lyrical content of "Brighter" is about the light of Christ- both in his person and what he brings to the world. In regards to tone, Markus Huber (producer) and I both felt like this song needed to have a "sunny" feel to it, so we worked hard to accomplish that.

Elliott: The title of the EP comes from the title given to fifteen of the Psalms (120-134) in the Old Testament. Many people think that these songs were sung by worshippers as they ascended their way to Jerusalem, and by the priests as they made their way to minister in the temple for the three pilgrim festivals.

I was drawn to the Songs of Ascent in the Psalms because I saw some thematic similarities occurring in my own life. I was a church-planter just outside of Washington D.C. when I received the call to begin an itinerant, evangelism ministry, called Elliott Powell Ministries (EPmusicministries.com) . This new ministry would mean that I would need to move to Texas to begin the work.

So, in a sense, I found myself on a new, worshipful journey one that would be characterized by original music with a call to place greater trust in Christ. I thought that the title fit well.

Elliott: We decided to do three releases for a number of reasons: The first is that we live, musically, more in the age of singles than full-length records. Prime example of this is the great success of the digital distribution model with people buying a song or two from their phones or tablets. That's commonplace now. So we decided to release 3 or 4 songs at a time for the purpose of giving the listener a manageable amount of music to consume.

The second reason is that it would provide enough time between releases to write and record songs with distinct feels. Too much distinction of tone and style between songs on a full length can have the effect of making the record sonically or artistically disjointed. But, if you do it as three releases, you can take it any direction you want and it retains artistic and sonic integrity.

We plan on releasing the second EP (which we're in pre-production on now) by early summer. The third will hopefully be ready by Christmas 2014.

Elliott: On "Songs of Ascent," I think "Brighter" has a great energy and message to it.

Elliott: I hope that it aids my ministry (and the ministry of others) in pointing to Christ and affirming his Lordship. I frame many of my talks to groups around a music presentation, so I hope people will find a connection to God through the music. I also hope that people just enjoy this music. I think it lends itself to many different worship settings, both individual and corporate. I think the songs are accessible, sing-able and inspiring songs of faith and I want others to enjoy singing them. I have other songs available on my site, as well. EPmusicministries.com

Elliott: A little bit of everything from classic rock to post punk. Paul Simon to U2 to Peter Gabriel to Bob Dyan to Bon Iver. I'm currently listening to Escondido; Arcade Fire's "Reflektor"; Ivan and Aloysha; and John Mark McMillan.

Elliott: My brother has a house that overlooks the Rose Bowl. He talks about how he can hear the concerts from his backyard. So, it would be fun to play a show where he could hear me from his house! More realistically though, a good house or club concert is fine with me.