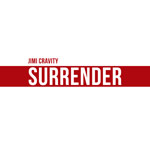 
In today's world, creativity is not something to be brushed to the side; it must be a part of any and all ventures. Artists who tend to write songs for the church and desire to implement creativity into their songs run the risk of either looking too abstract or they become a ground-breaking phenomenon. Atlanta-based worship leader Jimi Cravity is truly one of those risk-takers with his new single, "Surrender," from his upcoming album, Heaven. The track paints a picture of giving up all that we are to and for the Lord, as Cravity sings, "Lord, I am your vessel here from glory to glory, I am transformed in Your image And I, I surrender." The lyrics aren't anything that church-goers haven't already heard, but the melody is extremely catchy. Without a doubt, this song could be sung at any church on any given Sunday and it wouldn't feel out of place. Musically, some people may find the single reminiscent of the minimalistic style of Lorde or Imogen Heap; others, however, may feel like there should be more instrumental depth. Regardless of how the listener may feel, there is some foundational talent that can been seen here. However, that can't be accurately understood in its entirety with just this track alone. Thankfully, as a bonus, we were also given a sneak peak at some of the artist's other tracks, which are a little more eclectic but are overall strong. Jimi Cravity's sound easily parallels with other contemporary artists, but with a dash of more experimentalism. Whenever his album is released, I think many a listener will be pleased. - Review date: 8/24/15, written by Ryan Barbee of Jesusfreakhideout.com

It's hard to be a pop artist these days; you can sell your soul for radio play and sales, or you can actually try to create something good and/or unique. Jimi Cravity aims for the latter of the two, while also striving to use his musical giftings to praise the Lord. "Surrender" is the name of his latest single. It's mostly pretty common, musically, as it does aim for Christian radio play, but he also seems to be influenced by a variety of artists, and he incorporates some of those influences into his songs. While other songs Cravity has written remind me of artists like Imagine Dragon and fun. (albeit a much more contemporary incarnation of those two), "Surrender" sounds a lot like it could've been co-written by Chris Tomlin and TobyMac, yet Cravity's voice is a bit more raspy than you would imagine when you think about these two artists. Different aspects of the song also remind me of Joey's Dream. Cravity's display of humility is encouraging, as he brings God's goodness and sovereignty to the forefront, and his attempts at mixing up his styles a little bit is admirable. "Surrender" is a worthy pop song if you're looking for something that isn't afraid to change it up a bit, and Cravity's other songs are worth listening to as well. They aren't without their flaws; there is an alarming number of weird vocal samples, and - more importantly - some of them could use some beefing up, as they can sound very empty for the majority of the track. "Surrender" does stand out as one of his best, though; overall, it's a solid work from this Georgian singer/songwriter. - Review date: 8/29/15, Scott Fryberger of Jesusfreakhideout.com 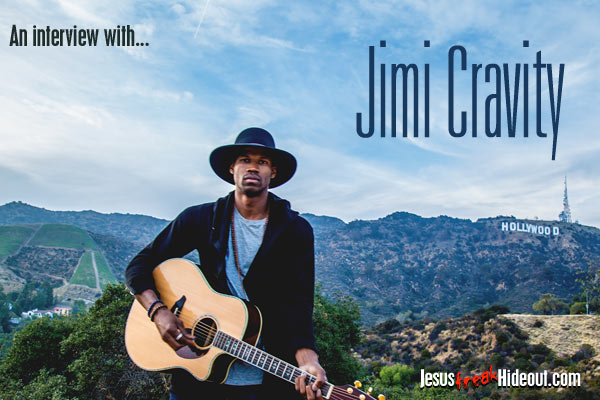 Jimi Cravity: "Surrender" came to me as an honest song. The inspiration behind it was the need to surrender to Christ. I was very anxious about my life, career, and worrying too much. So this song was really my prayer to God to say, "I surrender to You, not to worry, frustration, or anxiety. The bridge of the song was really taken out of Psalms 24:

Jimi: I've been a part of the 268 generation for awhile and I've always felt truly connected to the vision of Passion. I attended several conferences and when I heard the news of the church plant, I felt compelled to join in the work of holding the door for Christ.

Jimi: I am putting the finishing touches on my debut album, entitled "Heaven," and I plan to promote it through touring stateside and abroad.

Jimi: Lately, God has been teaching me humility. God loves the humble. He gives grace to the humble. This passage has been speaking to me lately:

"Blessed is the one whom God corrects; so do not despise the discipline of the Almighty. For he wounds, but he also binds up; he injures, but his hands also heal. From six calamities he will rescue you; in seven no harm will touch you. In famine he will deliver you from death, and in battle from the stroke of the sword. You will be protected from the lash of the tongue, and need not fear when destruction comes. You will laugh at destruction and famine, and need not fear the wild animals. For you will have a covenant with the stones of the field, and the wild animals will be at peace with you. You will know that your tent is secure; you will take stock of your property and find nothing missing. You will know that your children will be many, and your descendants like the grass of the earth. You will come to the grave in full vigor, like sheaves gathered in season."