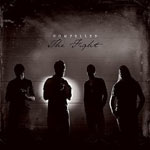 Pennsylvania-based pop rockers Compelled have been glorifying God through music since 2004, when they started playing for their church. Five years later, the band put out their first official release, an independent EP called Taken Over. Then 2010 turned out to be a pretty big year for them; not only did they win the RevGen Battle of the Bands, which gave them the opportunity to actually participate in the RevGen Festival, but they also released a follow-up EP called The Fight. The EP shows the listener that Compelled is a talented band. Lead vocalist Matt Russell sounds like a more contemporary version of Anberlin's Stephen Christian. The Fight has a bit of a rough start, with "Fight For" sounding a lot like something you might hear from Chris Tomlin, but after that, the songs get a little stronger. "The Trend" is a good pop rock song; while not terribly original, it maintains a pretty solid sound and structure. "Nowhere To Go" brings in an electronic element, with a mild drum machine acting as the backbone of the song. The song is a yearning for God's saving grace. "Prodigal" is a bit of a power ballad, except with the guitars being a lot more toned down than other songs that would be considered power ballads. It's like a slightly more daring Goo Goo Dolls song. In other words, it's a made-for-radio song (with some pretty cool drum fills in the middle). They take on somewhat of a Copeland-esque sound for "Gotta Move," with a big indie/pop vibe. I like the chorus: "If loving You means I gotta move, I don't wanna be still, and if anything is left for me to prove, I just wanna be real." Some of the guitar work is pretty on point,as well. I would say "Gotta Move" is the highlight of the EP. The EP's final two tracks aren't quite as good as the middle section. "Redemption" has some good musicianship, but doesn't quite compare to the songs before it, and "My Desire" goes back to the Tomlin-like pop rock music (though this time around, it reminds me more of Matt Redman than Tomlin). The Fight is a quality EP from the fourpiece, and they have a lot of potential to make a name for themselves either in the Christian radio world, or the indie/pop rock world. I would hope for the latter, but either way, I think we'll be hearing more from Compelled. One thing I would recommend is working on having a stronger beginning and end to their albums. The strength of The Fight really lies in the middle three tracks. A stronger opening and closing will help a lot. - Review date: 5/3/11, written by Scott Fryberger of Jesusfreakhideout.com 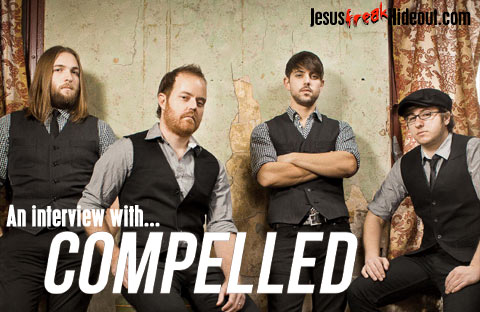